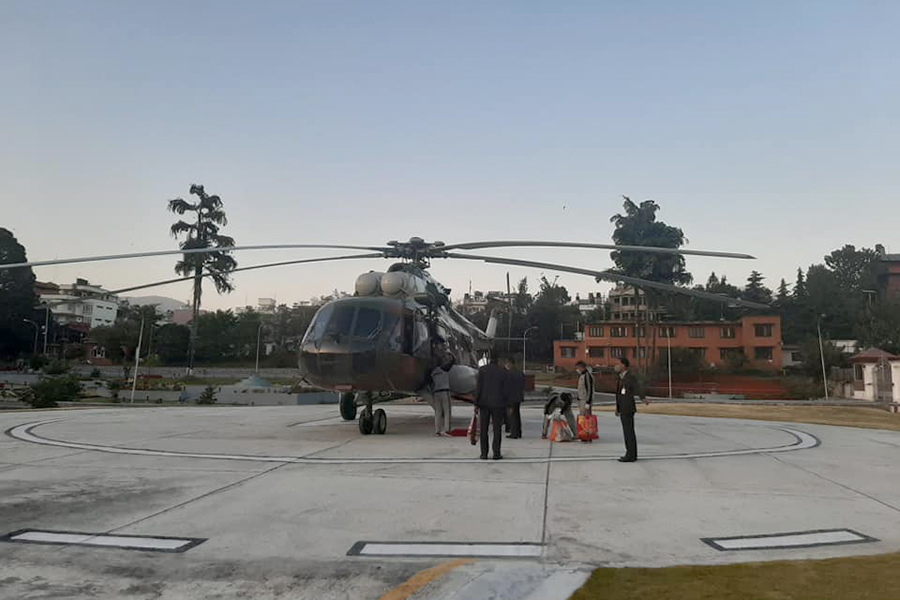 A newly constructed helipad inside the prime minister’s residence in Baluwatar, Kathmandu in the photo taken in November 2020.

The government has built a helipad inside the prime minister’s official residence in Baluwatar of Kathmandu.

Prime Minister KP Sharma Oli boarded a helicopter at the helipad located within the residence premises to go to Sankhuwasabha on Wednesday.

Oli’s press advisor Surya Thapa says the helipad was constructed as per the standard set by the Civil Aviation Authority of Nepal.

He hopes it will help common people avoid all traffic jams caused by the prime minister’s journey to the Kathmandu airport before boarding flight for any place.