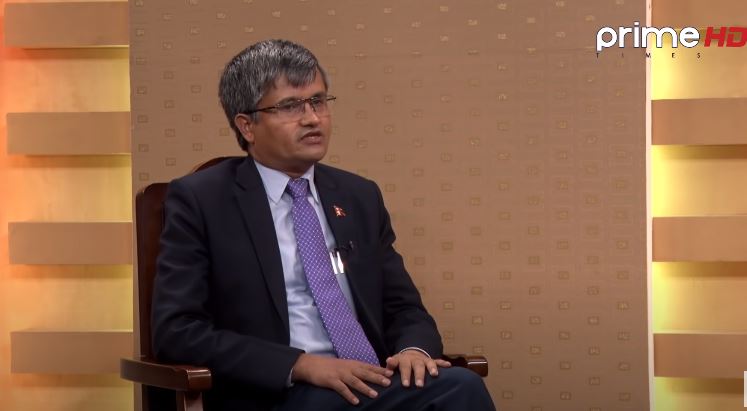 Surya Thapa, the press advisor to the prime minister, claimed that the Chure hills lie only in Nepal. Photo: YouTube screenshot

Surya Thapa, the press advisor to Prime Minister KP Sharma Oli appeared on the Janata Janna Chahanchhan interview programme aired by Prime Times Television on June 6 and discussed the current political situation. Thapa was interviewed in the wake of a government decision to export sand, stones and aggregates to neighbouring countries. The decision announced through the budget for the fiscal year 2021/2022 has met with widespread criticism from environmentalists, experts, opposition parties and the public. The decision has generated a lot of discussion on the ecological impact of the exploitation of the mineral resources from the Chure range, which is a buffer between the Tarai plains and the hills. During the 47-minute interview, Thapa claimed that Chure (or Churia) range lies only in Nepal.

He said, “There is the president’s Chure programme [The President Chure-Tarai Madhes Conservation Development Board] and there is a 20-year master plan, for which more than Rs 1.5 billion has been allocated. The [president-led] Chure conservation development board is doing its work. Chure is the lifeline of the Tarai and it should be protected. There is no Chure anywhere in the world except for Nepal. And, only Nepal has been running Chure conservation as a model programme.”

The introduction on the home page of the website of the President Chure-Tarai Madhes Conservation and Development Board, a government entity, states that the Chure range extends from the Indus River in Pakistan in the west to the Brahmaputra River in India in the east and is also known as Siwalik. In geological term, Chure is called Siwalik as well as Sub-Himalaya.

Similarly, the report titled ‘Land Use and Land Cover Change in the Churiya-Terai Region, Nepal‘ written by Motilal Ghimire and submitted to the Rastrapati Churia Conservation Programme (RCCP) Coordination Unit, also mentions that Siwalik or Sub-Himalaya is called Chure in the local language. In addition, the report highlights that Chure extends over Bhutan, Nepal, India and Pakistan.

According to Madhukar Upadhya, a watershed expert, Chure was formed by the accumulation over thousands of years of debris from the erosion that occurred when the Himalayas were formed.

“In the central Himalayan region wherever there are mountains, there is Chure. In our country, the Chure is the result of the rocks and sediments brought down by the Gangetic river system. But, Chure lies not just in Nepal; it spreads from Pakistan to Bhutan,” he tells South Asia Check.

According to an article published in Assemblage, a journal published by the Department of Archeology of the UK-based University of Sheffield, the Siwalik hills are located within the political boundaries of Pakistan, India, Nepal and Bhutan. In other words, Siwalik, which in Nepal is called Chure, is spread over much of South Asia.

According to the Nepal government’s official website and reports and international journals, as well as the statements of experts, the Chure or Siwalik or Sub-Himalaya spreads over Bhutan, Nepal, India and Pakistan. Therefore, Thapa’s claim that Chure lies only in Nepal is wrong. 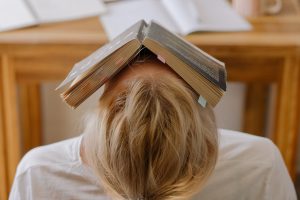 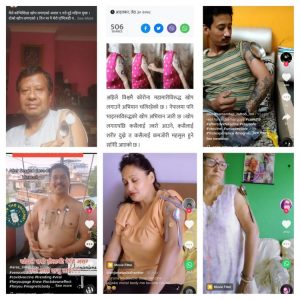 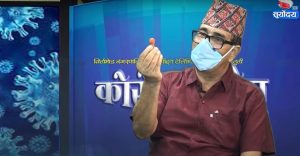 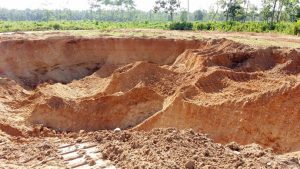