Oppo A16K has just been launched in Nepal. This is a lighter version of last year’s release Oppo A16. Though the phone was released much earlier in the other parts of the world, it has only just made its way here. Oppo A16K is a budget smartphone and provides minimalistic features for users.

Oppo A16K has a glass front, plastic back and a plastic frame build. It has a typical Oppo styling and with a 3D back cover, Oppo has added some flamboyance to its styling on this phone. The simple back panel houses a square-shaped camera module while the oppo branding is neatly done on the bottom right.

Oppo A16K has a thinner and lightweight middle frame. The phone has a thickness of only 7.85mm while weighing lightly at 175 grams. It is available in midnight black and blue colour variants.

On the front of Oppo A16K are 6.52 inches of IPS LCD waterdrop notch display. It has a resolution of 1,600*720 pixels with 269 PPI density. The display supports a refresh rate and a touch sampling rate of 60Hz while having an 89.27% of screen ratio. Surprisingly, there is no fingerprint sensor on the phone for biometrics. However, the phone does support the face unlock feature. Similarly, the display also gets Gorilla Glass 3 protection and has IPX4 splashproof certification.

The camera modes on the phone include photo, video, night, expert, panoramic and time-lapse. Both cameras on the phone are capable of capturing 1080p resolution videos at 30fps. Furthermore, the camera also supports up to 5X video zoom.

Oppo A16K runs on colorsOS 11.1 based on Android 11. The phone is powered by MediaTek Helio G35 (12nm) chipset while the graphical duties are handled by PowerVR GE8320.

Oppo A16K features a 4,320 mAh, non-removable li-po battery. There is no option for fast charging. However, there is an optimised charging feature on the phone that prevents overcharging even if you leave this phone the whole night for charging.

The phone features dual sims that support up to a 4G network. The phone also supports dual wifi for internet connectivity. While the phone features Bluetooth 5.0 for wireless pairing with other devices, it uses a micro USB 2.0 cable for charging and wired pairing. There is also a 3.5mm headphone jack on the phone for audio. 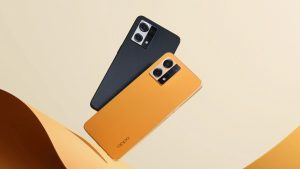 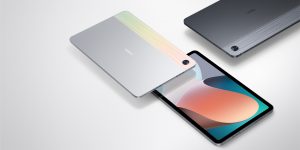