Oli ji will bow out, national unity govt will be formed: Prachanda Pushpa Kamal Dahal (Prachanda) is Chairman of the recently-formed Maoist Centre. His party is a key ally to Prime Minister KP Oli’s CPN-UML. A few weeks before the Budget Session of Parliament, the Nepali Congress, the principal opposition, had said it was ready to accept Prachanda as Prime Minister. Soon, a change of guard in the government looked imminent. But KP Oli and Prachanda reached a nine-point agreement to keep the ruling coalition intact. It was reported that there was a ‘gentlemen’s agreement’ between the two leaders to allow Prachanda to become the coalition’s Prime Minister after the budget was passed.

Onlinekhabar talked to Prachanda at this residence in Lazimpat on Wednesday about the recent political developments in the country.

Prime Minister KP Oli has said he does not know of any gentlemen’s agreement.

I would not like to comment on this issue. UML leaders themselves have spoken publicly about the agreement between the leaders (of both the parties) when the nine-point agreement was signed.

I believe that it is difficult for Oli ji to acknowledge the agreement so long as he is the Prime Minister.

“I believe that it is difficult for Oli ji to acknowledge the agreement as long as he is the Prime Minister.”

Why is that the case?

Whatever agreement we reached is to be implemented after the budget is passed. At the moment, the process to pass the budget is still on. That is why it would not be appropriate for me to comment more on the issue. Let the budget pass first.

But, was there really an agreement under which Oli would quit?

The agreement was reached when we signed a nine-point deal with the UML (to keep the ruling coalition intact). It was not just between Oli ji and I.

“The agreement will be implemented, and there is no reason to think otherwise.”

The UML’s Madhav ji, Jhala Nath ji, Bamdev ji, Iswar ji and Finance Minister Bishnu Paudel were part of a big team that was there when we reached the understanding. Leaders from our party such as Narayan Kaji, Barsaman Pun, Top Bahadur Raymajhi, and Haribol Gajurel are also witness to what happened that day.

That is why I believe that the agreement will be implemented, and there is no reason to think otherwise. It is just a matter of time.

So, why did Prime Minister Oli lie, then?

I think he has said what someone in his chair would be expected to say. That is why I haven’t taken his comments negatively.

Going by what has happened in Nepali politics in the last few weeks, many say you are in a hurry to become Prime Minister. Is that so?

No, it is definitely not true. If I’d wanted to become Prime Minister I would have become PM long ago.

“If I’d wanted to become Prime Minister I would have become PM long ago.”

The Nepali Congress had said it would back me, and the Madheshi parties were also prepared to do the same. But in the end, I decided not to.

I backed out (of the plan to topple the government) because I understood that the country does not need yet another Prime Minister with a simple majority in Parliament. This proves that I am not bent on becoming Prime Minister. 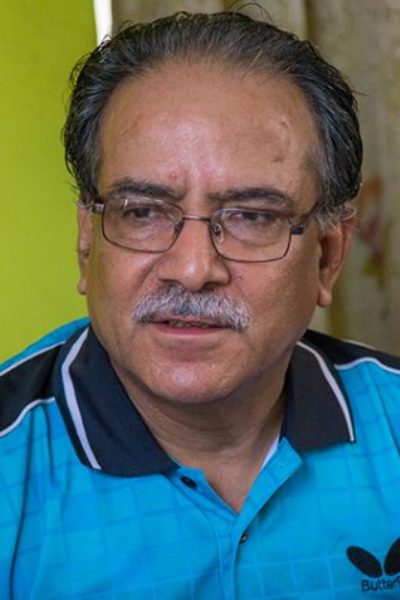 You are talking about a national consensus, but the tenure of the House is going to end in December 2017. Do you not feel that there is a chance that elections do not take place and the constitution remains unimplemented?

Yes of course, I do feel it. I believe that elections would not be possible until the same political forces that united to promulgate the constitution reach a new political consensus.

“Election at all levels is what we need, and we need to do it before December 2017.”

Election at all levels is what we need, and we need to do it before December 2017 to ensure that the constitution is implemented.

There are some elements that do not want to see the constitution implemented. There are feudal lords of the yesteryears who are going around saying that they can return if the constitution fails. In this context, we should focus on holding the election through national consensus.

The government has announced plans to conduct local elections in November. But former Chief Election Commissioner Bhojraj Pokhrel has suggested that it be postponed and election conducted at all levels at the same time.

Yes, I did read what he had to say. I agree that if political parties agree to hold elections at the local, provincial and central level, at the same time, then that would be the most cost-efficient and safe way to implement the constitution. Political parties will discuss this.

The ruling alliance has been accused of not being serious towards the implementation of the constitution. Are you certain that this will not be the case in the near future?

The Maoist Centre has taken up the issue seriously. The party HQ is meeting to discuss the peace process, the Truth and Reconciliation Commission and the commission investigating disappearances.

You said that forging national consensus is your priority. But the problems of the Madhesh have not been resolved yet. The Nepal Congress also has not come on board. More than 125 laws need to be made for the constitution to be implemented. Could you describe to us your roadmap?

This is a serious question.

The issues of the Madhesh should be resolved through an agreement which should incorporate the formation of a political mechanism and amendment to the constitution.

First of all, the issues of the Madhesh should be resolved through an agreement which should incorporate the formation of a political mechanism and amendment to the constitution. Now that Matrika Yadav ji and his friends have joined the Maoist Centre, there is hope in the Madhesh that our party will do something to address their grievances.

Second, I say it again, we need national consensus. We need it to implement the constitution, conduct elections, carry out reconstruction and even to conclude the peace process. How will you get the Nepali Congress on board?

First of all, if there is general consensus over who should lead the government, then Oli ji will leave and a national unity government can take shape. It would be difficult for everyone to join this government.

What about the leadership of the unity government?

One thing is for sure: the Nepali Congress is not going to join the government as long as the UML has premiership. On the other hand, the ruling alliance is not in a situation to accept the leadership of the Nepali Congress. That is why a government of national consensus can only be formed after leaders of major political forces reach an understanding of some sort.