With the liquidity crunch at banks and financial institutions, the Nepal Rastra Bank (NRB) on Sunday issued a fresh directive on interest rates.

The central bank issued the new directive by amending the existing Integrated Directive.

The central bank says the directive issued on October 20 was further revised and made systematic in regard to the interest rates.

If the spread rate is more than the given cap, the other rates shall be adjusted by making a basis either to the maximum or minimum interest rates.

Likewise, the NRB has scrapped the provision for BFIs to increase interest rates up to 0.5 per cent points for the deposits except for call deposit and institutional fixed deposit. 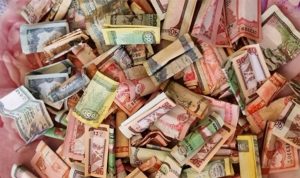 Nepal values money but not the notes. Central bank officials are concerned yet helpless

Banks to give record-high interests on deposits this month. Here’s the rate list