Nil Barahi Naach has been going on for four centuries, will it survive the next decade?

Sujeet Balaya’s life changed when he decided to play one of the deities at the annual Nil Barahi Naach, a traditional dance performed at a small Newari settlement of Bode, east of Kathmandu, a day after the Gai Jatra festival.

Every time a person playing one of the 19 ‘deities’ in the animated procession of masked dancers dies, members of the gan (group) face a tough time replacing him. This year when 73-year-old Sun Hari Balaya passed away ahead of the performance, community members thought it would be a challenge to find someone to fill his shoes. But 19-year-old Balaya volunteered to follow in the footsteps of his grandfather, who played the role of the ‘protector deity’ for over four decades.

“Not many people come forward as they say the role is very demanding. Many even chicken out. Most say they don’t want to do it because cause you don’t get any money for it. But, sometimes we get the odd guy like Sujeet who volunteers and makes our life a bit easy,” says Rabin Bhinduwa, a member of the Nil Barahi Naach Preservation Committee that manages the festival, which some believe dates back to the Lichhavi period.

For Balaya, this wasn’t about fame, nor was it about money. For him, it was all about passion. From an early age, he was fascinated by the festival. “Tha was why I was adamant that I be chosen to replace my grandfather and play Singa Dyo (the protector deity dressed like a lion).”

“Although my grandfather couldn’t dance because of his age, he participated in the procession–the only way to retire from the role is to die. Watching him go to the deity house and not dance used to eat me from inside. I wanted to replace him a long time ago, but rules didn’t allow it,” shares Balaya.

However, playing the role of a deity of the procession isn’t an easy thing to do. One’s life completely changes. The person has to conduct himself in a certain manner. He has to be disciplined and sacrifice a lot of things.

Balaya’s parents warned him of the consequences of his decision. “My parents told me my social life would be affected as would be my professional life. But this was what I wanted from an early age; I decided to take up the challenge.”

He says that he  understands the responsibilities that come with playing a ‘god.’ “But playing Singha Dyo is part of my life now. Life hasn’t changed as dramatically as people had been telling me it would, but it’s a challenge I am looking forward to,” shares Balaya. He further adds that he has received a lot of respect from the people of Bode since he took up the role. “Before I just boy, now I am a deity. They call me ‘god’, which is quite odd but I think I will get used to it slowly,” he continues.

When asked if he was scared, he says he wasn’t. But he does add that he was anxious. “During the three-day festival, I was allowed to eat only one meal a day and I couldn’t drink. But that didn’t bother me,” he shares.

“The only thing I was worried about was making a mistake. Our elders told me that if I make a mistake, the gods will punish me for it. That was the scariest part,” says Balaya, the youngest deity to perform during this year’s procession.

“My anxiety disappeared as soon as I put on the mask.”

“Then I saw my grandfather appear before me.”

“I don’t know if people will believe me when I say this, but I saw him. He was right in front of me wishing me luck,” adds an emotional Balaya.

For three days, Balaya danced with all the other deities. He also shares that as soon as he put on the mask, he felt a rush in his veins. But as he was new, he admits to having made two mistakes. Each time he made a mistake, his head hurt as if someone was catching it, as did his stomach.

“It was like I was being punished for making those mistakes. I’ve learned from those mistakes and will not make them next year,” adds Balaya.

While Balaya volunteered to be a part of such a rigorous festival, many youngsters of his age avoid even taking part. Bhinduwa shares that they have had to knock the doors of houses in the settlement to come participate in the festival. “No one wants to send their child. They say it’s a waste of time. Many have left Bode because they do not want to be a part of it. They say that the rules are too strict and add that they get nothing in return. We were fortunate this year that Sujeet came forward. Other times this hasn’t been the case,” adds Bhinduwa.

One of the prime reasons people don’t want to be a part is that the life of a deity changes after he decides to wear the mask. While there are restrictions on food and drinks, the person stands out from the crowd all the time. During the festival, the person isn’t allowed to drink or eat and has to walk bare feet even if it is raining.

“You forget you exist. You’re not you anymore. You are the deity you have been chosen to become,” says Bhinduwa who adds that people have threatened their group not to come looking for future deities. This poses a question. Some locals feel that the festival should be modified. They believe that the festival will not survive the modern age if things are not made simpler. However, some argue that that would kill the authenticity of the festival. “We know that it’s tough. But what can we do? This has been going on for over four centuries. We cannot just decide and change things. We don’t know the consequences if we change it,” adds Bhinduwa. 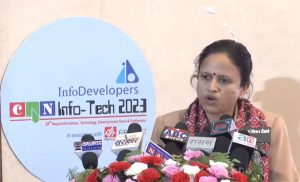 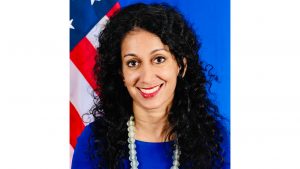 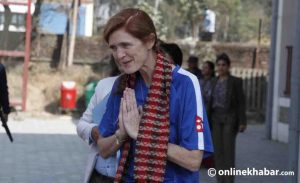