Lost in Phulchowki: Night out on a rock

As my friends and I stepped from the trail onto a graveled road, a pair of kalij pheasants fluttered away into the forest. We were taking the trails instead of the circuitous dirt road that wound down from the Phulchowki peak to the Godavari village.

Of course, it hadn’t occurred to us then that we had lost our way. In a hurry to get down the hill, we had taken a wrong turn. After two such turns into the forest, we were completely lost.

Maybe because we were so near to Kathmandu, in the Phulchowki forest, less than an hour away from Godavari, we were confident of easily finding our way. So instead of retracing our steps to the main road, we had decided to go down through the forest, believing that the road was directly below us.

There were six of us, all entertaining thoughts of getting home. Two – Mohit and Sushil – were my friends with whom I had hiked to the Phulchowki peak earlier that day; the other three – Santosh, Raj Kumar, and Amrit – we had met on our way down. The trio had emerged ahead of us out of nowhere. We took this as a sign of their thorough knowledge of the area.

After sliding uncontrollably for over fifty meters, we came to a halt near a ravine. I proposed following the stream flowing through the ravine, on the principle that it flowed down to Godavari.

With the fading light, the greenery in the ravine turned grey, and it was steadily getting darker. We had been walking along the stream for a few minutes when we came to a waterfall. On either side of the stream were steep but climbable slopes.

“We can go down from there,” suggested Santosh, pointing to a rocky wall near the thirty-foot waterfall.

“Are you crazy? That wall is too steep,” replied Amrit. Sushil, Mohit, and I sided with Amrit.

“What would you rather do? We can’t stay here,” said Raj Kumar, who was supporting Santosh’s idea.

“We can climb up and move along that hill,” I suggested, pointing to the ravine’s north face.

“Do what you want. We’re going down from here,” declared Santosh, walking toward the rocky wall, with Raj Kumar following.

The rest of us turned around and went uphill.

It was already pitch dark. Labouring uphill in complete darkness I pictured the two daredevils coasting downstream. I began ruing my decision and envying theirs.

“They’ve surely found the trail,” said Amrit, regret discernible in his voice. “They’re probably down in Godavari by now.”

“Is this the way we go down from?” Mohit, who was a few feet behind me, asked. By now, I was leading the group.

“No, no! Go back, go back!” I shouted, clutching saplings for support.

I had been using my legs to feel my way forward and just when Mohit asked me for directions, my extended feet didn’t touch down on anything.

Then, suddenly, we heard shouts.

We descended in the direction of the voices and found our intrepid friends waiting beside the stream. They hadn’t found the trail but we were relieved to have found them.

In a file, we began following the stream again. The forest echoed with chants of “Wait up! Wait up!”

Cursing in accompaniment to the slips and splashes, we arrived at a place where the stream had cut through a huge boulder, creating a low tunnel. We passed under it, one at a time.

Some fifty meters on, where the stream fell about forty feet, I finally gave up hope of a meal and a soft bed. But the two fellows that had climbed down the first waterfall didn’t.

“Let’s cut some vines to climb down on,” proposed Santosh.

I quickly laid out the hazards of such a plan.

“It’s too dark to do anything. Besides this fall is way higher than the last one,” I countered.

When logic failed I reached out for sentiment.

“What will we say to your families if something happens to you?”

Rationalism dawned on them with the mention of family. They gave up their outrageous plan. We decided to go back upstream to the boulder and spend the night on it.

Sushil sat down on a small rock and flipped open his cell phone. I asked him what he was trying to do. “I am calling home,” he said casually. I would have laughed, but the only thing I managed was a cynical snicker.

We were in the bowels of a deep ravine, surrounded by a canopy of trees that had not an inch of opening in it, and Sushil thought the call would go through!

But just then a miracle happened. “Hello, Mother. I am going to stay at a friend’s place tonight,” Sushil said.

I grabbed the phone from him and called my uncle. I told him a Jesuit priest who had taught us in college had invited us to stay the night at the school in Godavari.

Soon, an outpouring of lamentations began. After gathering firewood, we had climbed onto the boulder, and kindled a fire. But because the wood was damp, the fire only smoldered, barely producing heat.

Mohit regretted his recklessness. “The biggest mistake we made today,” he began, “was finishing the whiskey in one go.” Sushil was losing body heat and interest in hikes rapidly. “I am never going on a hike ever again,” he announced, shivering uncontrollably.

After midnight the fire finally began burning in earnest, and the extra warmth made it possible to sleep for a few minutes at a time. But every time I woke up after a nap, someone would express a chilling forecast for the morning. The theory was that the temperature would plunge with the arrival of dawn.

It was a discomforting prospect, but so was leaving our seats, which had taken hours to warm. I finally left the rock with a companion and returned with enough wood to keep the fire going till dawn.

At first light, we began to climb the hill slope right from where it met the boulder. Just before we left the rock, Santosh took out a condom from his pocket, inflated it, and tying a knot cast it into the stream. I saw that he was a man who threw caution to the wind and pre-caution into the stream.

Or maybe it was his way of paying tribute to Nature for sheltering us for a night. Maybe a night in the primeval surroundings had inspired him to go celibate. I will never know.

The path we took was so narrow and precarious in some places that we had to proceed on all fours. But our bestial maneuverings paid off. Half an hour later we found the trail we had lost the day before.

Ecstatic, we ran until we reached the temple where the forest trail to Phulchowki diverged from the paved road downhill to Godavari.

As we washed ourselves in the cold water from the temple’s stone conduits, the cuts and scratches on our arms and faces came alive as mild stings. Blood had congealed in these lacerations, adding color to Nature’s needlework.

The cuts have healed and turned into tiny scars. Every time I see them, the thrill and chill of our small wilderness experience is rekindled. I’m reminded of the magical quality of friendship that turns the miserable into the memorable.■

Broadside: Incomprehensible conversations in the Balkans 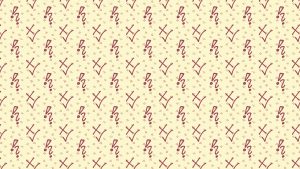