India has also agreed on exporting Euro-4 oil to Nepal from April onwards. Nepal Oil Corporation and Indian Oil Corporation, at a recent meeting in Mumbai, agreed in principle on the trade in Euro-4 oil.

As of now, Nepal has been bringing in Euro-3 oil from India. NOC spokesperson Bhanu Bhakta Khanal says from April onwards, India will start refining crude to produce Euro-4 oil through its refineries in full capacity. This will benefit Nepal also, he says. NOC and IOC have agreed on mentioning about the Nepal-India Euro-4 oil trade in the bilateral trade agreement to be renewed in March.

Khanal says: IOC is ready to provide us with high-quality oil. We are making this — the import of Euro-4 oil — an agenda of the trade deal renewal process.

After the agreement, India will export Euro-4 oil to Nepal. Customers too will benefit from this.

Euro-4 oil is less polluting. It has less amount of sulphur. Use of this oil will reduce vehicular emission. This oil also lessens the impact on the engine, ensuring it a longer life.

Nepal imports petroleum products from India only. It imports oil worth around one trillion rupees from India every year. 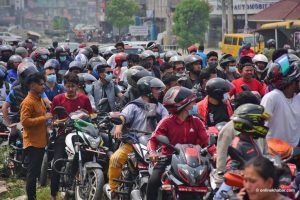 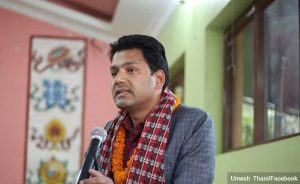