Nepal should ensure people’s privacy as it tightens criminal surveillance 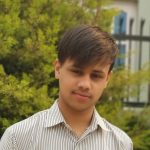 Privacy is an important aspect of our life that we always seek for. But, the pictures that you sent to your family or the personal text that you sent to someone you trusted could potentially be seen by the government and some agencies in the name of crime surveillance. All the services associated with the internet are recorded and are used in the process of investigation under certain circumstances. So, does this hamper our right to privacy or is it fine if it is for security purposes? With the growing availability of technology, the question has become as relevant in Nepal as it is in other countries of the world.

Monitoring one’s personal life just because he/she can be a subject to future suspects of crime seems futile and directly against our right to privacy.

Crime and terrorism are the biggest fears of any country, even Nepal. In the past, we have been observing the execution of terror attacks and their effects. Whether it was the 9/11 attack, the Taj Hotel attack or the Royal Massacre in Nepal, the casualties are innocent citizens and we see a great economic and political imbalance after the attacks. In order to prevent so in the coming future, the government and various agencies are constantly monitoring the suspects and any traces of crimes and terrorism in the country.

In this process of investigation, the government and its associated agencies monitor individuals’ online activity without even informing the so-called suspects, who can be any of us.

The Western trend of civil surveillance also affected the Nepal government in recent years. With increasing criminal activities in the country, the government has granted special authority and technologies to the Nepal Police for online civil surveillance. In recent years, the government has also drafted Media Council Bill and the Information Technology Bill with stricter provisions, but they are yet to be endorsed due to various controversies. The US Department of State has assessed Kathmandu as a place with a medium level of threats in terms of terrorism directed at or affecting official US government interests. So, the government has not just ignored this fact and surely is on its way to make Kathmandu a low-threat location through various online surveillance practice.

This is not fair at all. If the suspect is innocent, his/her right to privacy is harshly violated. Despite all these disputes, it is very common to see the police department starting any criminal case by tracking one’s online activities without any specific warrant just because they have the authority to do so and is regarded as the easy way to accomplish a case filed. This intrusion over our privacy is itself a criminal act.

In the past few years, it was more than enough, so several protests around the world and even in Nepal started calling for safeguarding personal freedom on the internet from the government. Human rights have to be respected. This unknown peeking into our privacy in the name of security should eventually stop and a new approach should be made for our security.

However, there always arises a question: safety or privacy? A survey held in the UK in 2010 stated that the vast majority were on the side of safety and would let some violation of their privacy for their safety. People exclaimed that if it is for our safety and for a genuine reason, they are ready to get observed. There is the argument of “Nothing to hide, nothing to fear”, in support of mass surveillance. The online activity which is recorded should only be used for investigation purposes and only the data which has a direct relation with the investigation should only be seen. The recorded data should also be kept private within the agency and should only be used during the time of investigation if very necessary.

According to the reports, many missions to eradicate crime and terrorism were successful in the past using this method of online surveillance. The mission to assassinate Osama Bin Laden also had online surveillance as a key step. Many terror attacks in the South Asian region also are pre-suspected by online surveillance of individuals and necessary security is provided to prevent such attacks. Nepal located in the heart of the large terror-affected countries is commonly doubted as a region with terror insight.

Our safety is always important. So, the method of surveillance of an individual’s online activity in the fight against crime and terrorism is not a completely wrong concept as its benefits are seen in the past. However, unwanted spying in the name of terrorism and crime, which might be a common thing in countries like Nepal in the coming future, should eventually come to an end.

Even though one is found suspect, only the necessary observations should be made on his/her online activity by thorough confirmation. The personal life of a suspect or a criminal should never be made public respecting the right to privacy of each individual in the world.

Nihure is an A level student at Rato Bangala School.

Are embossed number plates another means of unaccountable mass surveillance? 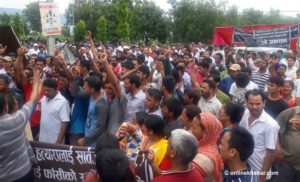 From the Kathmandu Press: Wednesday, September 12, 2018 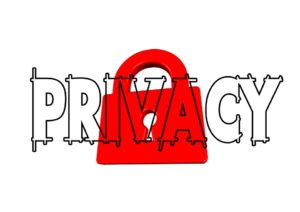