Image by Julia Teichmann from Pixabay

The government of Nepal is preparing to allow marijuana cultivation for medicinal purposes, informs a source in the Ministry of Home Affairs.

The ministry’s spokesperson Phanindra Mani Pokharel says the ministry’s Policy, Planning, Monitoring and Evaluation Division is preparing a standard operating procedure in this regard.

“The document will define provisions on the monitoring and regulation of marijuana cultivation,” he says, “We know it was being used for medicinal purposes for ages, but now it will be brought under the ambit of the law.”

The ministry is preparing to issue such a rule in the next six months.

For the past few years, there are demands rife for legalising marijuana. This rule, if implemented, is likely to open a door to legalisation although partially.

So far, production, trade, and consumption of marijuana is illegal in Nepal as per the drug laws. 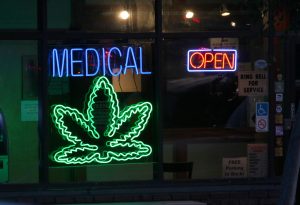