The central committee meeting of the Pushpa Kamal Dahal-Madhav Kumar Nepal faction of the Nepal Communist Party, in Kathmandu, on Tuesday, December 22, 2020.

The decision comes hours after the Oli-led faction decided to form a 1,199-member central convention organising committee to convene the general convention in November next year.

The two meetings have effectively split the ruling party formed after the merger between the then CPN-UML and the CPN-Maoist Centre led by Oli and Dahal respectively.

However, each of the sides has claimed the party is not divided, arguing it is the legitimate side and the other one is just a faction.

Meanwhile, the meeting also took ‘action’ against Oli, by removing him from the party chairman, for dissolving the House of Representatives. The party spokesperson Narayan Kaji Shrestha says the decision will come into effect from today itself.

Shrestha claims 315 members of the 447-member central committee of the unified party were present at the meeting belonging to the faction today. 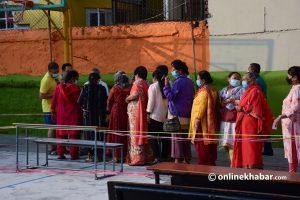 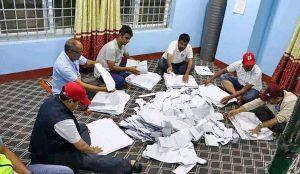