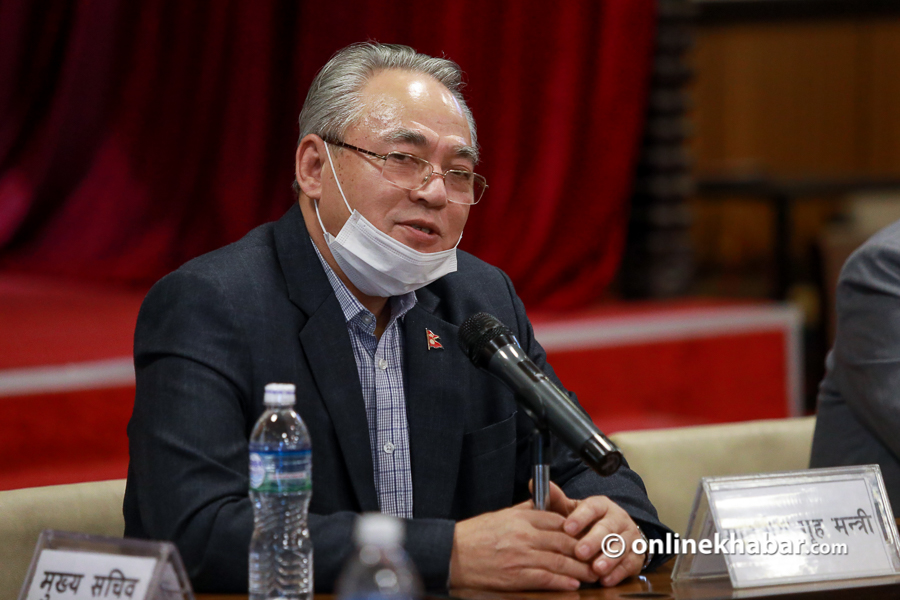 Home Minister Ram Bahadur Thapa has joined the KP Sharma Oli-led faction of the Nepal Communist Party as the party has been divided into two.

Since Prime Minister Oli’s decision to dissolve the House of Representatives, the camps led by Oli and Pushpa Kamal Dahal-Madhav Kumar Nepal are holding separate meetings to signal their formal split. Thapa, however, had not supported either side as the leaders from both sides continued wooing him.

Even before that, Thapa had supported Oli on various issues in the powerful secretariat of the unified NCP.

But still, insiders say the Dahal-Nepal side is stronger than Oli’s in terms of the support of majority members of the unified party.