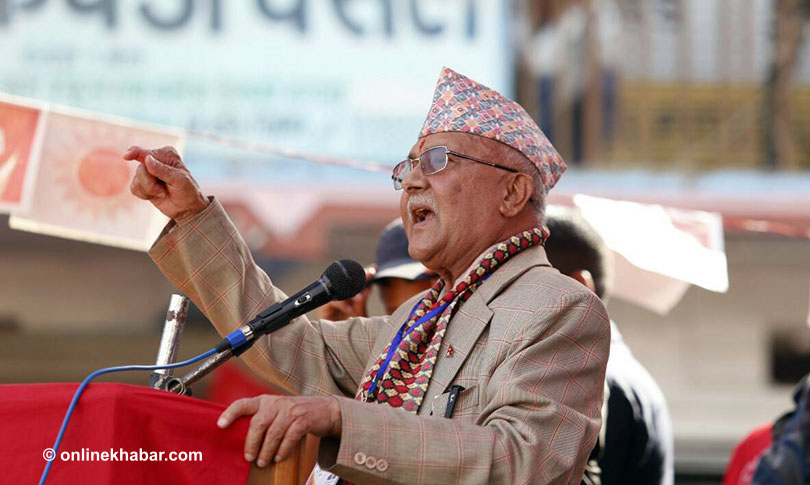 Leaders of the main opposition CPN-UML said on Sunday that no force can stop their party’s Mechi-Mahakali Campaign.

UML Chair KP Sharma Oli, addressing a mass gathering at Birat Chok in Morang district, said: Not so long ago, foreigners tried to prevent the promulgation of the Constitution. But because of the CPN-UML, the country got the Charter. They (forces) may have succeeded in removing us from the government, but they have not been able to remove us from the peoples’ hearts and minds.

They (some forces) may have succeeded in removing us from the government, but they have not been able to remove us from the peoples’ hearts and minds.

Some forces, fearing the UML, are trying to install a scarecrow in a bid to scare away people, he pointed, adding: We came here to know who the people are with and found that people are with us.

Other leaders, including Subas Nembang and Bhim Rawal, also said at the gathering that the UML campaign will not stop. Sunday’s gathering at Birat Chok saw a surge in the number of participants compared to other days,