The House of Representatives on Saturday endorsed the constitution amendment bill the government recently registered in Parliament.

Following the unanimous approval, the bill has been sent to the National Assembly, the upper house of the bicameral parliament, for discussion and voting. Whereas 258 lawmakers were present during voting, all had voted in favours of the bill. The House has 275 members, and the amendment bill required at least two-thirds votes to get endorsed.

Debating the government-registered bill introduced to revise the national emblem to reflect the country’s new political map incorporating the Kalapani-Limpiyadhura region, all lawmakers who spoke during the meeting today spoke in favour of the bill.

All parties in the House had already decided to endorse the bill. 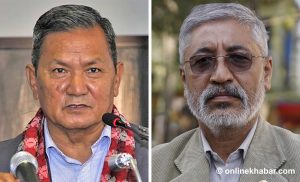