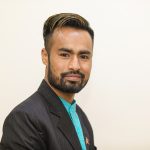 A decade has passed since the release of the historical film Loot. Released on January 11, 2012, Loot is remarkable as it brought a revolution in the making and thinking of Nepali films, being a trendsetter.

Till now, it still holds a strong position in the Nepali film industry, but the same position also highlights how other makers failed to learn a lesson.

Moreover, it would not be wrong to say that the last decade was all about two films: Loot and Kabaddi. Loot brought a change in the grammar of making the film in terms of screenplay, acting, camera, editing, market and psychology. Meanwhile, the Kabaddi series holds the record of the highest-earning Nepali film.

Critic Manoj Pandit reviewed Loot in two series. The headline of the review he wrote was “Loot steals.” Pandit’s argument was that it not only changed the traditional narration style of Nepali films but also brought innovation in the content and narrative structure.

Exactly 10 years after its release, it becomes relevant to review the achievements of the film once again. While the Film Development Board was saying the industry was in crisis, the film made it meaningless, insisting on its relevance even for the decades to come.

Ganesh Bhandari, then chairman of the Film Development Board, was planning to advance the film industry during the crisis period. The producer Madhav Wagle himself was not sure whether the film would be a success till the evening of its release.

When Loot was released in 2012, multiplex halls were limited to a few places in Kathmandu as most of the cinemas were single theatres. But, in the past decade, the multiplex business boomed as it attracted even reluctant people to the cinema halls.

Hence, the film’s success became the stepping stone to the popularity of multiplexes.

Before Loot, film critics used to be criticised saying they could not make films that society would easily accept. A film was never considered a literary product.

However, Loot dared to make a change and the criticism welcomed it.

Moreover, the film changed the perception that the protagonist does not have to be macho, clear-skinned, tall, good-looking and more. With this film, cinematographer Purushottam Pradhan suddenly became a ‘technical hero’ and the perception of Nepali cinematography too changed.

The lesson not learnt

Loot was a film that event earned a lot in foreign markets. It was the first film to gross the highest in the foreign market. It created a stir in the Australian, European and American markets. In the history of Nepali films, no other film has had such a big demand in the international market. Following its footsteps, Jatra, Chhakka Panja and Kabaddi too earned massively.

But, overall, it did not make any significant change. The Nepali box office is in crisis even now. The question still lingers—which film will save the Nepali film industry from the crisis now? For now, it is a matter of wait and watch.

Today, the crisis is even more intense because the challenge of Nepali films is not only the grammar but the dominance of foreign films has been added to it.

At the time of the release of Loot, films based on traditional storylines and psychology flopped at the box office. It was ironic that when hundreds of films were released, only one became a hit.

While Loot created a history, most of the other films released after it could not adopt its spirit though they copied its structure. Only a few projects such as Chhakka Panja and Kabaddi saved themselves from the crisis.

On the other hand, the crisis even widened. At that time, there was debate about the original cinematic identity and the visual language of domestic films. Now, it is not limited to that. The dominance of foreign films, rising production costs, the changing interests of the audience, and OTT platforms have added challenges to the Nepali film industry.

There is no doubt about the fact that Loot is a milestone in the Nepali film industry. But, why it failed to teach a lesson is still a relevant yet unanswered question.