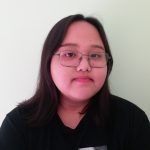 Although English was once considered a foreign language in Nepal, it now has a multi-faceted position as an additional language, a second language, and even a primary language. The language has now become an indispensable component of Nepali life, affecting all aspects of their lives.

It is a common fact that most of us, those who studied in English-medium schools, have got in trouble with the teachers in the school if we accidentally spoke in Nepali, or some of us were scolded harshly or some are even made to pay a certain sum of money as a “fine“ for speaking in something else other than in the language.

Thus, somehow, it is a “system” in Nepal that if you speak English, you can conquer anything you wish to; if you speak it well, you are smarter; if you are fluent in English but cannot speak some Nepali words, you are somewhat cooler. Nowadays, even the first words of a toddler, if uttered in English, make their parents proud.

What is the point of learning a language which will overshadow our national language and may enable us to maybe forget it eventually? Eventually forgetting Nepali words and phrases could lead us, to not being able to understand many words spoken to us by our respective neighbours or relatives or our elders.

Forget the younger generations, it has been a problem for me for not understanding a lot of phrases spoken by my parents or whilst purchasing something and unable to understand the total amount and having to ask “Could you repeat it, but this time in English?”. In all honesty, people make fun because of not understanding it in Nepali and start to talk about how “kids these days can’t speak Nepali at all”.

Yet, most will say learning English is a good thing because it is an international language, it will help us in our future. But, most of us do not realise that along with most of us prioritising the international language, we are forgetting our identity of being a Nepali, we are forgetting our language, the language that will unite us being a Nepali. Apparently, the first answer when asked “who is a Nepali called” is “anyone who is from Nepal and speaks Nepali.”

And, it is not only Nepali. Most languages, many mother tongues spoken in parts of Nepal are either extinct or in process of being endangered and forgotten. We would not want it to be the same for Nepali as well.

No harm in learning

But, it is fine if we speak both Nepali and English, learn both and prioritise both equally. But, it becomes a problem if we dare to accept a foreign language and neglect our own. It is not a smart idea because forgetting Nepali would mean forgetting our history, our cultures, our traditions, and our national heritage.

Where does this gap start from? For me, the gap between us learning more English and starting to forget Nepali would start from my parents and my school. Despite Nepali being a compulsory subject in school, most of us, the students of private schools, hardly studied it seriously.

It is not as if the government is not doing anything about it, because, honestly, the government cannot really do anything about it. It might be brutal, but it is our fault, the fault of the schools that prioritise English. It is also the fault of our parents who feel proud of us when we speak the international language but who are not interested in learning our own language.

Most importantly, it is our own fault who cannot see any mistake in disliking our mother tongue and understanding the world in another language. Each of us has to realise now that prioritising a foreign language over our own will be difficult for us.

The current decade has witnessed an unprecedented spread of English worldwide. The popularity of the language has grown to the point where it is difficult to find work without it. The irony is: this article could have been written in Nepali, but it is in English. Why? It is because the writer finds Nepali terribly difficult and could not even imagine doing it.

I wish no one would have the same fate.

Limbu is a journalism student at Thames International College.