Former Maoist leaders who joined the CPN-UML in 2021

A group of former CPN-Maoist Centre leaders who had defected to the CPN-UML in the changed political context of late have demanded that the Election Commission scrap the registration of their former party.

They have argued that the party has already termed illegitimate as it has not held its general convention to elect the leadership for the past nine years.

A group of the leaders and cadres led by advocate Saroj Budhathoki went to the commission office in Kantipath today and filed an application demanded that the party’s registration is removed. 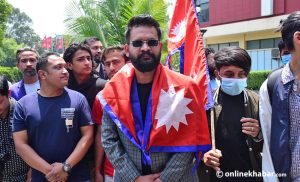