Actress Karishma Manandhar, in her 40s, has recently passed her final school examinations (the grade 12 examinations). As an actress who is in the second half of her career, why did she decide to go to school? Why did she feel the need to ‘study’ at this age?

Karishma Manandhar entered the cinema world when she was a teenager. This resulted in her dropping out of school. Then, she spent a long time of her life in the world of Nepali cinema. She also produced some films that were relatively unsuccessful, then she left for the United States. After living in the United States for a few years, she returned to Nepal and started producing movies again. But, again, it did not work out and she got into politics. Even there, she could not perform as expected.

Eventually, she decided to continue her study, which she had left long ago.

Some six years ago, Karishma Manandhar got enrolled in grade 7 and resumed formal classes.

In a recent conversation with Onlinekhabar, the star actor says she will not pause her studies now unless she obtains a master’s degree.

At this stage of life, what made you realise that you should study?

I always felt I should study. But, in the process of living life, I needed to work at a very young age. Being a child of a single mother, or not having my father, I had to give my work the first priority.

I entered into such a profession in which I could not continue my formal education. However, from the beginning of my career in movies, I always regretted dropping out of school. After becoming a public figure, I thought that I should not go to school. There was a mentality that public figures should ‘maintain’ their image every time we come out.

I wondered how long I should regret it. But, around six years ago, I mustered the courage to start formal studies.

What exactly gave you the courage to start formal education?

Now, the world can be seen and understood through the internet. Various ideas can be viewed and heard. Then, I felt nothing is possible without courage. If I have some unfulfilled wish on my mind, why not fulfil it?

I always felt back when it came to studies. Attitudes towards life also went on changing as I got older. I began to understand the importance of life, and the need to do something more kept hitting my mind. That’s how I dared to start studying.

Would you share your inner thoughts and feelings with your friends?

I asked so many people if there is any school where old people can study. I got the information that there is one Prenana School in Satdobato, Lalitpur. But, when I started the film industry, I didn’t even take the 7th-grade exam. A 7th-grade certificate is required to be enrolled in the 8th grade. After that, I left that idea for a while.

Choreographer Govinda Rai and I are close friends. I don’t tell many people what is on my mind, but somehow I express my sorrow and regret of not being able to study with him. He not only encouraged me to resume my formal studies but also assured me that he would manage something.

Accordingly, he asked me to meet his friend, and I did. But, I never thought he would take me to his school as a student.

Then, I got enrolled in the 7th grade at Triveni Public School in Maitidevi, Kathmandu. I had to prove myself. In the 7th grade, I used to go after 4 o’clock and study after other students had left. Driving from Godavari, I worked continuously for four months and took the 7th-grade exam.

It was a private school. The reason I studied there was to improve my English. I really wanted to learn from the foundation rather than just getting the certificate.

Earlier, the alphabets of English were taught in government schools from class 4 only. I was weak in writing even though I managed to speak some English words. When I restarted the 7th grade, I had to read other books of grammar from the 4th grade.

Seems you have studied with great courage, hard work and passion. As a result, you passed one class after another. What changes have you seen in yourself over these years?

I think I have become more empathetic now. In the past, I didn’t pay much attention to what others thought. I only cared about what I had to do. Now, I can look at everyone’s face and make sense of their situation. I can understand what they are trying to say.

So, how do you assess the importance of education in human life?

I had everything. I was good at my career. I am still doing my best. Everything was fine in my family. You might think I didn’t necessarily need education. But, especially after I got involved in politics, my determination to study actually increased.

On the other hand, women are lagging behind in education. Various NGOs, INGOs work for them. But, nothing seemed to have changed. I used to feel that all this could be done through education. Such things kept running through my mind. This situation seems to have remained the same in the absence of education.

Studying for these years, what do you think of Nepal’s education system, examinations and curricula?

The curricula are outdated; this is my opinion. At present, the government is also revising them. Yet, there are some problems. I had to read old Nepali literature. The textbooks need to be updated according to the changing scenario.

There are many other ways and means to acquire knowledge, skills and abilities in life. How did you become convinced that you should go to school and read textbooks?

Everything should happen gradually. There are classes on the internet, many English learning apps, and books on various subjects. But, when you go to school, there is discipline. You read gradually. On the other hand, a certificate is also necessary for you.

People say if you cannot put your education into practice, it is useless. How much has actress Karishma Manandhar used what she has learned?

I also keep saying the same. Let’s not just study to pass the examination, let’s apply it in practice.

The curriculum up to grade 12 has general knowledge such as issues in society, relationships, health, food, and family planning tools. These are the things that you need to lead a normal life. However, in my case, it happened like I did everything first, and then I studied.

So, do you find Nepal’s education practical and realistic?

It is not that practical. I lived in the United States for a few years. While my daughter Kavita was studying there, I realised there is not much pressure on the children to pass the examinations.

The way of teaching is very much different than here. They focus on the practicability of the study.

Here, it is more focused on cramming. I think it needs to be changed. An education system should be developed in such a way that it will not be stressful for children. Teaching methods, overall schooling should be changed.

How far do you wish to continue your study? Which subject do you want to gain expertise in?

After completing my bachelor’s, I am thinking of pursuing a master’s degree in some good subject. I will not do any job, but I want to study something that can be beneficial for society. I have thought of pursuing a bachelor’s degree in humanities. I am thinking of studying rural development as suggested by a teacher. But, I will explore some more subjects and take a decision.

I am good at social sciences. I am interested to study more about my own country. This is also the reason that I wish to study rural development.

How have thought of advancing your political journey any further? Can the country see Karishma Manandhar as a leader again?

I have a wish. However, politics is not easy. You have to build a separate personality to come into politics. One had to get a place again. Let’s see what happens in the future. Now I am enjoying my studies. 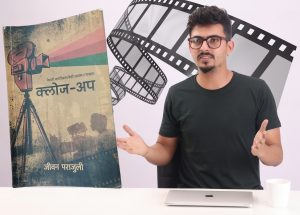 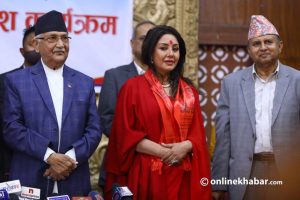