For the first in Nepal, the Nepal Electricity Authority (NEA) this year announced it has a surplus production. From a country that once suffered load shedding of up to 18 hours, Nepal has reached the time it is exporting electricity to other countries, starting with India. Everyone is applauding the historic feat, yet this has left stakeholders working in the solar energy sector uncertain and dissatisfied about the bureaucrats’ new attitude towards the role of solar energy in Nepal.

They highlight Nepal should redefine energy as it also has a high potential in solar energy and that should be realised by the state too.

It is great that Nepal now has a surplus in hydroelectricity, but that is only seasonal, the stakeholders point out. As the country’s winter production is still not enough and as the country still needs to import electricity for the season, the government should also prioritise and promote solar energy to strike a balance, according to them.

Being the second richest country in water resources, Nepal has always been advertised to have a great potential to generate hydroelectricity. But, solar energy production has not been sufficiently talked about, and the potential is explored and advertised only during and after the load shedding period.

But, after the NEA announced the end of load shedding in 2018, the demand for solar energy, at least among households, dropped significantly. This caused common people to sideline the highly reliable solar energy, complains Indra Khanal, the president of Solar Electric Manufacturers Association Nepal (SEMAN).

Much like hydropower, Nepal has potential for solar energy production too. Because of the geographical location, Nepal gets an average of 300 days of direct solar exposure with a fluctuation of not more than 33 per cent, say the stakeholders.

That is to say, even if Nepal gets about six hours of sunlight in the day, it is enough to generate electricity and fulfil the energy demand during daylight. “This means the modality is the best for those with high consumption rates during the daytime, including a majority of industries, educational institutions, medical institutions and offices. Otherwise, you talk about electricity production or the surplus, as the rivers dry up, it is not the same in the winter season,” says Bishwaraj Bhattarai, the project manager at Gham Power, a leading solar energy company.

If the country can maximise the solar energy in this modality, it will result in an efficient power supply that is economical and reliable, according to Khanal.

“The households are a very small portion of the sector. The rooftops of Nepal can generate up to 500 MW of electricity so we can easily power up the households here,” Guna Raj Dhakal, the president of Renewable Energy Confederation of Nepal (RECON), says, “Nevertheless if we are to talk about the future of energy and maximise the potential, we need industrial-level production and consumption.”

“Integrating solar into our energy grid is essential because it will ensure better stability and reliability,” he adds.

For the expansion, researcher Prajal Pradhan says one needs to see this potential holistically. “Nepal has plenty of remote places that are still not connected to the national grid, which means they are still living in darkness,” he says, “To lighten them up, we can capitalise on the opportunity with solar energy. Rather than waiting for roads and the electrical grid to reach there, we can use solar grids to power them up.”

Stakeholders say the solar mini/micropower plants are easy to install and results can be seen in a week or so. This means with solar energy, Nepal can easily catch up to the energy demand and compensate for any form of loss.

Meanwhile, stakeholders also highlight solar energy can be a great tool in disaster risk reduction and management. “Be it during the time of recent Melamchi flood and landslides or earthquake in 2015, solar power saved lives. We distributed many units of solar panels to the survivors who used the solar-powered battery to charge their phones and stay connected with their loved ones,” shares Khanal. “In the recent Melamchi flood, the people from the upper region were able to call and inform the people downstream that another flood was coming. If the immediate response was not there, who knows how many more lives we would have lost?” he wonders.

Solar energy can also be a great way to maintain the energy ecosystem. “Hydropower comes from rivers. But whether you talk about electricity production or the surplus, as the rivers dry up, it is not the same in the winter season,” says Bhattarai. “But, we still get ample sunlight, hence, solar can bridge the energy gap.”

For this, the country can also encourage the individuals, integrate them into the ecosystem and garner more energy. “The concept is of net metering [also net billing], in which the individual, who own the solar power system and have a surplus can sell it back to the NEA and, get a net bill as per their consumption,” Indra Khanal, the president of Solar Electric Manufacturers Association Nepal (SEMAN), says. This is will end the heavy reliance on the NEA’s supply for the better and will empower the individuals, he argues.

Despite Nepal having the potential of solar energy and stakeholders interested in the sector, the country is not making the intended progress, according to them.

The points of great dissatisfaction start from the government’s attitude towards solar energy. “This is not the question of hydro or solar. Nepal needs both to create the energy ecosystem and for energy security that is reliable,” says Guna Raj Dhakal, the president of the Renewable Energy Confederation of Nepal (RECON).

Bodies like the RECON and SEMAN clarify they are not looking forward to replacing hydropower, so there is no need to feel insecure. “We are only asking for more recognition for solar energy for a better energy future.”

Another point of dissatisfaction is the government’s reservation cap of 10 to 15 per cent for solar or renewable energy sources. It means the policy has restricted the sector to just 10 to 15 per cent. “To justify the reservation, there has not been any kind of research from the authorities or any stakeholder involved. There are countries like Scotland that have integrated up to 40 per cent solar in their energy ecosystem. Scotland is in a country with significantly less sunlight than Nepal,” Anjal Niroula Singh, the CEO of Gham Power, says, “Hence, Nepal can definitely up the scale and integrate as well as maximise the ecosystem with solar energy.” 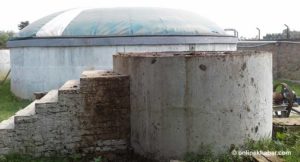 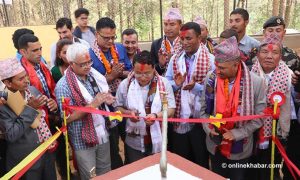 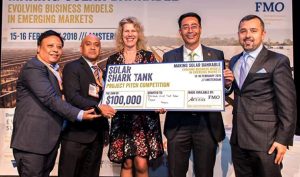 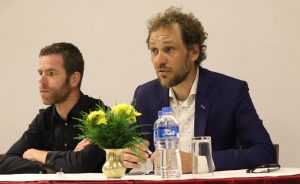 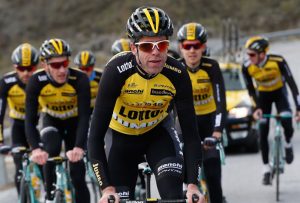