The Ministry of Health and Population has asked the citizens of the country to be vigilant as the number of Covid cases is going up in India.

The ministry’s assistant spokesperson Samir Kumar Adhikari says the ministry wants to remind people that the pandemic is not over and asks people to follow health and safety protocols.

“Yes, Covid cases across the world have gone down, but over the past few weeks, the number of cases has increased,” says Adhikari. “Cases going up in India means that cases will go up in Nepal too because that was what happened during the first two waves.”

In the first wave, it took less than a month for the Covid cases in Nepal to increase. During the second wave, it only took two weeks.

“A lot of people from India are coming to Nepal to vote in the elections. This is why it’s risky because we’ve stopped following health and safety protocol. We feel that it’s important to force people to stay in quarantine because this is the only way to stop it from spreading,” says Adhikari.

Adhikari says that the recent virus in India is a type of Omicron variant, but it is waiting for more research to come out from India. 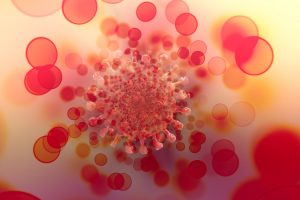