Deputy Prime Minister and Minister of Defence Ishwar Pokharel, also the chairman of the trust, issued the paper that lists details about all land plots and buildings owned by the trust.

The government had decided to issue the white paper after the media reported irregularities in various deals made by the government in leasing the properties including the ones given to Yeti Holdings.

The government informs that the trust owns around 22,000 ropani, of which around 15,000 ropani is forest.  The Kathmandu district has the biggest amount of land (4,442 ropani). Most of them have been given to private companies for commercial purpose.

Besides the immovable property, the trust also owns USD 148,000 and Pound Sterling 50,120, as well as some shares of banks and financial institutions. 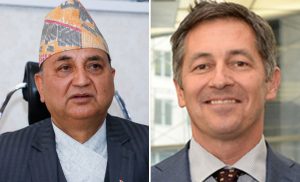