A Nepal government team has conducted a fresh study on the possibility of mining Uranium, table salt and extracting fossil fuel from different parts of Mustang district. About two years ago, another team had conducted a similar study on the possibility of mining Uranium at Lomanthang of Mustang. The government team claimed to have found some new facts about the Uranium deposits at Lomanthang this time around.

The team confirmed the existence of salt mines at Chhusang and fossil fuel deposits at Muktinath region.

In a preliminary survey conducted about two years ago, the Department of Mines and Geology had located Uranium deposits ‘spread in an area measuring around 30 sq km.’

“We have found some new facts about Uranium deposits,” Dharma Raj Khadka, senior geologist at the department, said, adding: This is exciting. He said Uranium found there is of high quality. Uranium is used for making atomic weapons. Khadka said there’s lack of laws in Nepal to mine Uranium. He said: We have drawn the attention of the government towards this.

If work goes ahead at this pace, we will be able to start mining Uranium in four years, Khadka said, adding: For this to happen, we have to introduce a governing Act.

According to the department, there are Uranium deposits in Makwanpur, Baitadi and Bajhang districts as well.

Salt mining has remained halted in Tetang of Chhusang for about 20 years.

Rajan Poudel, chief of the department, said the field study has confirmed the existence of fossil fuel deposits in Muktinath and salt mines in Tetang.

Poudel said: We know about salt mines. This study has confirmed the existence of petroleum and Uranium deposits too.

Som Prasad Pandey, Minister for Industries, said his ministry will soon send a technical team to Lomanthang for Uranium exploration. He said: The ministry will also start making governing laws. After making adequate preparations, the state will start extraction, even by seeking foreign assistance if the need arises.

The team had reached Mustang on Monday and returned to Kathmandu on Wednesday. 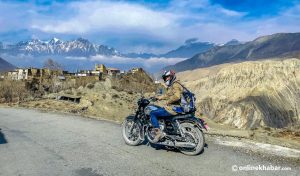 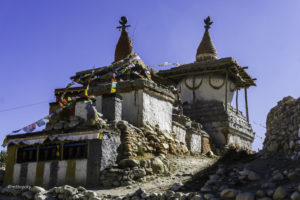 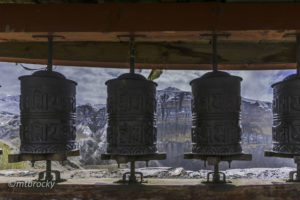