Gaming in Nepal is growing from hobby to career. It’s time to expose children than keep them away 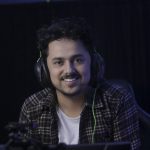 Gaming or the activity of playing video games has become a popular pastime for children and adolescents in Nepal these days. While some parents may have concerns about the impact of gaming on their child’s development, research has shown that there can be both positive and negative effects.

One potential benefit of gaming is that it can improve cognitive skills such as attention, memory, and problem-solving. But, it is important to note that gaming in Nepal is rapidly growing, with many talented Nepali gamers making a name for themselves on the international stage. For example, the Nepali team DRS Gaming recently got the first runner-up position in the PUBG Mobile Global Championship and earned almost Rs 300 million. This success highlights the potential for Nepali gamers to not only excel in the competitive scene but also to make a substantial income from gaming in Nepal.

This success showcases the potential and growth of gaming in Nepal. Now, it is not only a hobby but also a career opportunity for Nepali youth. In the meantime, it is important to note that the industry in Nepal is still in its infancy and with the proper support and encouragement, it has the potential to grow even further in the future.

So, people now need to understand how to promote gaming appropriately with proper guidance and education, rather than running away from it thinking about its negative aspects.

From social skills to entrepreneurship

Action games, which require players to quickly process visual information and make decisions, have been shown to improve players’ reaction times and spatial awareness. Puzzle games, on the other hand, can help improve planning and problem-solving skills. In addition to cognitive benefits, gaming can also have a positive impact on social skills.

Multiplayer games, in particular, can promote teamwork and collaboration. Children who play games with others may learn how to communicate effectively and work together to achieve a common goal. Some studies even suggest that playing video games with a friend or family member can increase feelings of bonding and closeness.

As a parent, encouraging and guiding your child’s interest could lead to a bright future for them, not only as a hobby but also as a career option in Nepal. It is crucial to be informed and aware of the opportunities in the industry and to support and encourage your child’s passion for gaming in Nepal.

However, there are also potential downsides to gaming in Nepal. Children who spend excessive amounts of time playing video games may be at risk of developing problems such as poor school performance, sleep difficulties, and social isolation. Additionally, some games may contain violence or other age-inappropriate content that parents may not want their children to be exposed to.

In order to promote the positive effects while minimising the potentially negative ones, it is important for parents to set limits on the amount of time their child spends on gaming. Establishing a schedule, setting time limits, and monitoring their child’s activities can help to ensure that gaming remains a healthy and enjoyable activity.

Overall, gaming can be an enjoyable and beneficial activity for children when it is balanced with other activities such as physical exercise, reading, and spending time with family and friends.

Parents should be aware of the potential downsides of gaming in Nepal and take steps to minimise them. It is also important to monitor game choices, the game ESRB rating and the content of the game to ensure they are appropriate.

Another potential aspect of gaming that parents may want to consider is whether their child is making money from gaming or wasting money on it.

On one hand, gaming in Nepal can be a source of income for children and adolescents. The rise of esports and online streaming platforms such as Twitch and YouTube has made it possible for talented gamers to earn money by competing in tournaments or streaming their gameplay online. Additionally, many games now offer in-game purchases and microtransactions, which can be used to make money if the child is able to build a large following or become a successful gamer.

On the other hand, some children may also be at risk of wasting money on gaming in Nepal. Many games are now designed to be “free-to-play” but they often rely on microtransactions to generate revenue. These transactions can add up quickly and can be particularly appealing to children and adolescents, who may not fully understand the costs or may be enticed by the prospect of obtaining rare or exclusive items.

To prevent children from wasting money on gaming, parents may want to set limits on their child’s access to in-game purchases or microtransactions. This can be done by disabling these features on the child’s device or by setting up parental controls on the account. Additionally, parents can encourage their children to use free-to-play games or free alternatives that do not have in-game purchases and educate them about the negative effects of overspending money.

In terms of making money from gaming in Nepal, parents should be aware of the ways their children can earn money through gaming, and encourage them to set financial goals, such as saving a certain amount of money to invest in their future. It is also important to encourage them to develop a business mind and help them understand the industry so that they can be successful in monetising their gaming talents, either by streaming, being a content creator or becoming a professional player.

In conclusion, gaming can be a positive and enjoyable activity for children when it is balanced with other activities and when parents set limits on the amount of time and money their child spends on it. With appropriate guidance and education, children and adolescents can learn to make money and build a future by leveraging their gaming talents, while avoiding overspending or wasting money on gaming in Nepal.

Adhikari is a gamer and professional streamer. 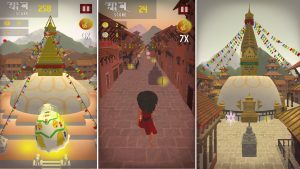