Taking part in esports competitions abroad, the players in the scene realise how far back the scene in Nepal is and how much investment is needed to improve it.

When X (name hidden upon request) found out about the Kathmandu metropolitan city giving a budget of Rs 10 million to develop esports in Nepal, he was not as pleased as many had hoped an esports player would be.

He has been in the scene for nearly a decade and competed in almost all national-level tournaments, but seeing how the media and people blew the thing up disgusted him.

“You, the media, and many others think this budget is a lot. Are you kidding me? Do you think a budget of Rs 1 crore will do anything to develop the esports scene? If you think it will, you’re having a laugh,” says X.

There are multiple esports tournaments taking place in India where the prize pool for one tournament is Rs 10 million. The teams have a coach; they have regular tournaments and a developing scene. But, in Nepal, there is not much and this has led many players like X to quit the scene.

“There’s no future. There’s no investment. People don’t understand what esports is and where it can go if proper attention is given. It’s just frustrating,” says X.

Ever since esports was included as a demonstrative game in the 2018 Asian Games, the scene looks to have improved in Nepal. Teams for games like Dota 2, Counter-Strike: GO, Pub G Mobile and FIFA have gone abroad to take part in international tournaments. While a few have done well, most of them have realised how far back the scene in Nepal is and how much investment is needed to improve the scene in the country if it wants to win it big.

Much potential vs little motivation

Abhinav Shakya, 21, known as Mel in the esports community, has been playing Dota 2 competitively for the past seven years. Recently, he went to Korea and Israel to take part in the Dota 2 World Championship held by International Esports Federation (IeSF). In Korea (2019), the team did quite well, finishing fifth. But, in Israel (2021), things were not the same as they finished last.

“There is a huge gulf of quality between playing in Nepal and playing with the best in the world,” says Shakya. “Firstly, the level of competition is poor. There are only a few good teams which means it’s very easy to win the national championship.”

But, when they go abroad, the dynamics change. They take on teams who go through a boot camp, have a coach and in some cases even psychologists helping them when they have self-doubts.

“Small things like that play a major role in helping us perform well. Here in Nepal, we don’t even get prize money, which kills our motivation to play,” says Shakya.

The same is the case with FIFA. Sameer Gurung is the country’s national champion. He has been competing internationally regularly but says his time might be coming to an end as he sees no future in the sport.

“I play with my Indian contemporaries. Our matches are always tight. We go neck and neck whenever we play, but that’s where our similarities stop,” says Gurung.

His Indian counterparts take part in tournaments worth over INR 10 million. But, Gurung plays in tournaments that offer the winner as less as Rs 10,000. Even these tournaments have stopped in recent times, which has made players like him frustrated.

“There is no motivation to keep playing. Those that are playing, are doing so only because they are passionate.”

The death of promises

Suraj Dangol, the president of Nepal Esports Association (NESA), understands this. He says, as the governing body, the association trying to create a space for esports in the country. But, due to a lack of support from the government and private sectors, things are not easy.

“We couldn’t offer prize money for the national tournament this year because we didn’t get sponsors. People pledged us an amount, but they didn’t give us anything before the tournament we held recently,” says Dangol.

Vidit Singh, also known as Dafi, is an ex-esports player. After competing in the scene in Nepal, he has decided to shift to coaching. Currently, Singh is in Bangalore coaching a Valorat team and feels that there is a lot Nepal could learn from India.

“India is 10 years ahead of Nepal despite having its own problems. The mindset of parents in India is the same, but others in the country are doing good to support the scene because people have realised how much money there is in esports,” says Singh.

He feels Nepal would have been well ahead of India if the country had had a visionary to take the sector forward.

“A lot of people quit playing games like Counter-Strike and Dota because there was no scope and most grew up and had bigger responsibilities,” says Singh.

He believes that it was time organisations like NESA also focussed on casting these tournaments. A game streamer as well, Singh believes that tournaments like the national championships should be out for everyone to see.

“These generate eyeballs and when there are people watching it, then the sports will automatically come,” says Singh.

Dangol knows this and says the association trying to do this. This year, it tied up with AP1 TV and streamed the tournament live. But, he knows there are shortcomings as they are learning on the job but promises things will be better.

While almost all games are suffering in Nepal, there is one that is thriving – PubG Moblie. There are over 100 teams who take part in every tournament with most Nepali teams dominating South Asia.

One of these teams is High Voltage. The team regularly participate in the PUBG Mobile Pro League (PMPL). What started as a fun activity for most of its players has turned into a full-time profession.

High Voltage are currently at a boot camp in Chabahil preparing for PMPL. The team has six members who are paid a monthly salary. Due to this security, the team can concentrate and perform to their best.

“Things are easy for us, but we don’t take this for granted as we want to win things,” says Diwas Kumar Shrestha.

The boot camp is for them to improve their game and work on their weakness. Shrestha says this helps a lot but believes the scene needs support from the government if it wants to take the next step.

“We need more LAN tournaments. We need more competitions because there is a lot of possibility of this game winning Nepal something big international,” says Shrestha.

But, for Shakya, things are not remotely similar. Dota 2 tournament in Nepal is a rarity and if things continue to be like this, he says he will not play anymore.

“The news about the Kathmandu city investing in esports is positive. I hope things change. If not, I’ll probably stop playing.” 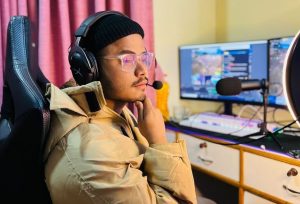 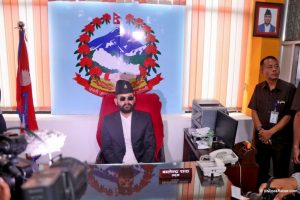 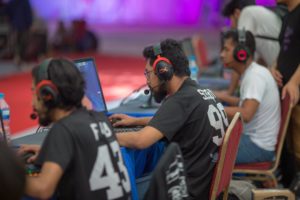 Esports in Nepal: An infant in need of nourishment