The Shantipur Multipurpose Agricultural Farm in Shantipur, Rajapur municipality-4 of the Bardiya district, has 36 farmers. Yet, it did not receive any fertiliser for the cultivation of mustard, wheat, and maize in the previous season.

Buddhiratna Chalise, a farm employee, claims that as a result, winter production has dropped by 40 per cent. He informs Onlinekhabar over the phone, “Our farm has been cultivating 45 bighas (around 300,000 square metres) of land. But, we could not get fertiliser even during the rice plantation season. We completed the plantation without using fertilisers on 35 bighas (around 237,00 square metres).”

This problem, however, is not limited to Rajapur for the last year also. The fertiliser crisis has been a regular phenomenon in Nepal’s agriculture sector for several years and it is unlikely to get solved anytime soon as the incompetent contractors get political backing.

To solve the crisis, locals of Shantipur made some attempts to bring in Indian fertiliser, but they were also unsuccessful, according to Chalise. He claims the material is available after crossing the border, but it is expensive. Further, the strict border rules have tied local farmers’ hands.

Sunsari in Province 1 is one of the highest rice-producing districts of Nepal. However, the farmers here are unsatisfied as they too have not been able to use the needed amount of fertiliser in their paddy field. Dilli Maya Sarki, a farmer from Bhelai, Sunbarshi municipality-3, shares her dissatisfaction, “I cultivated crops without using fertiliser, and the production was less than anticipated. This year too, the same this is going to repeat.”

She questions, “What is the use of working so hard in the field and there is no benefit at all?”

According to her, she has to pay Rs 2,000 for one sack of urea and Rs 3,500 for DPA if she has to purchase them from outside a governmental distributor, who could make them available for Rs 900 and Rs 2,300 respectively.

More than 60 per cent of Nepalis are dependent on the agricultural sector and if this continues, it will affect Nepal’s economic aspect soon. Sushil Subedi, a rice cultivation expert says, the production of rice is going to fall by 25 per cent this year.

This fiscal year, the government had set aside Rs 27 billion to import fertiliser. The Ministry of Agriculture assigned the fully state-owned Krishi Samagri Company Limited and the semi-government Salt Trading Corporation to import 400,000 metric tonnes of fertiliser.

The ministry estimates that Nepal needs 1.2 million metric tonnes of urea, DAP, and potassium every year. However, the supply has never met the demand. According to the data from the ministry, only 200,000 to 300,000 metric tonnes of fertiliser have been made available, with many difficulties. Moreover, this year, there is a low probability of importing the same amount.

The then Minister for Agriculture and Livestock Development, Mahendra Rai Yadav had informed the parliament that a contract had been signed for 2.5 million metric tonnes of fertiliser, but the contractors did not bring half of it.

According to Punya Prasad Upadhyaya, information officer of the Krishi Samagri Company Ltd, this year, the company selected 12 contractors to bring the fertiliser, but five of them have not brought 150,000 metric tonnes.

According to the officials, this created a difference of 3.5 per cent in the tax rate between locals and foreigners, which became an opportunity for the local contractors to enter the contract to buy fertiliser and save their finances. They say the shortage began since then.

In two years, eight out of 10 companies that did not bring fertiliser are Nepali companies. “When a foreign company gets a contract worth Rs 1 billion, it has to pay five per cent tax on it. In comparison to them, Nepali companies could save Rs 35 million in the same contract. Due to this reason, incompetent Nepali companies are also competing for the contract,” says an official of Krishi Samargi Company Ltd.

Within the last three years, eight Nepali companies got the contract to import fertiliser. Last year, there were three Nepali companies, which has increased to five this year. Meanwhile, those incompetent contractors who could not bring fertiliser and made the framer cry seem to have a strong political connection one way or another.

According to a source at the Ministry of Agriculture and Livestock Development, Hum Nath Koirala, the owner of Hum Nath Koirala Honiko Multiple Pvt Ltd, which did not bring fertiliser last year, is a Nepali Congress leader. Another contractor, Sharada Prasad Adhikari, owner of Sailung Enterprises, is the landlord of CPN-Maoist chief Pushpa Kamal Dahal. Likewise, Muktinath Krishi Company Ltd was under the protection of CPN-UML Secretary Padma Kumari Aryal.

Sources claim that Sonam Wangdi and Urgen Lama are connected to the representatives of the Nepali Congress leader Mohan Bahadur Basnet from Sindhupalchok and Uday Shamsher Rana from Lalitpur, respectively. Then, Bhim Kant Bhandari is considered close to Maoist leader Barshaman Pun.

This year too, there are incompetent contractors who are getting protection from senior party leaders and ministers making them invincible though not fulfilling their assignments, says one of the officials of the Ministry of Agriculture and Livestock Development.

On May 17, Krishi Samagri Company broke the contract and decided to seize the deposits of one of the failing contractors.

However, officials say that the company got an interim order from the court. “An interim order has been issued to suspend our action towards them. The court instead ordered us to work according to their demands,” a ministry source says.

It has been three years since the Ministry of Agriculture announced to start importing chemical fertiliser from India through a G2G route, but the result is still zero. According to the announcement, 15,000 metric tonnes should have reached Nepal within this rainy season through the fast track. However, the officials from Krishi Samagri Company are sceptical about its arrival and say that is unlikely to happen this rainy season.

According to Krishna Prasad Acharya, a former secretary of the Ministry of Agriculture and Livestock Development, importing chemical fertiliser is a complicated process due to internal reasons. He claims that one of the reasons is that the selected contractors lack international access and do not have any capacity to import.

He says, “Budget restrictions for the procurement of fertiliser should be eliminated and the amount to be brought by a company should be mentioned. And, only capable companies should be given the contract.”

He claims that if the government does not set up a system through which fertiliser can be purchased in the same way fuel is, the issue will always exist. 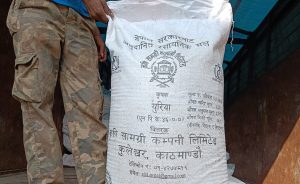 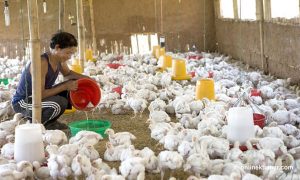