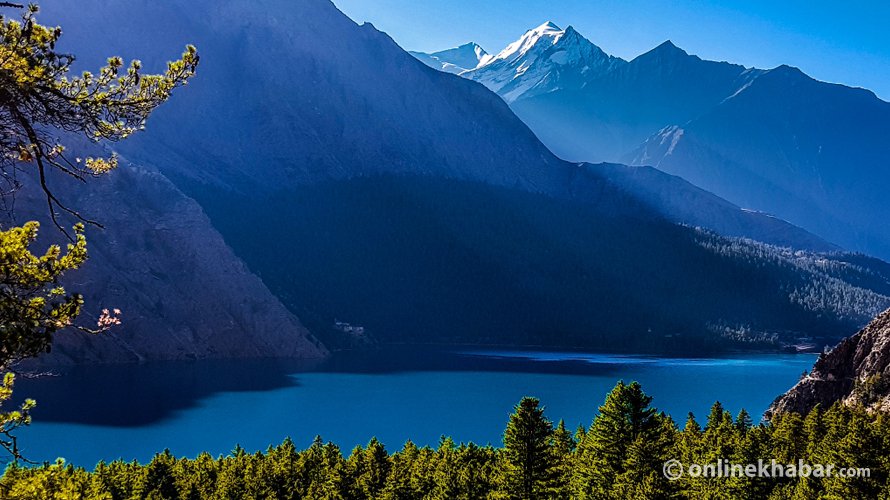 Ever since I watched the movie Himalaya (also known as Caravan), I always wanted to go to Dolpa and visit Phoksundo Lake. Having planned this trip more than once, 2018 became the year when I finally got a chance to visit Nepal’s deepest lake.

Dolpa district is now accessible by road, but the easier way to get to the Phoksundo Lake is via air. That is why we took a flight from Nepalgunj to Juphal, from where we started our four-day trek towards the lake.

After the 35-minute flight, we started our trek to Dunai, descending through maize fields and local villages. We walked along the bank of Bheri River and reached Dunai after four hours.

The next day, we were headed to Chhepka. The six-hour trail descends through the streets of Dunai and crosses a bridge over Bheri River. After few kilometres, we reached Shey Phoksundo National Park check post. 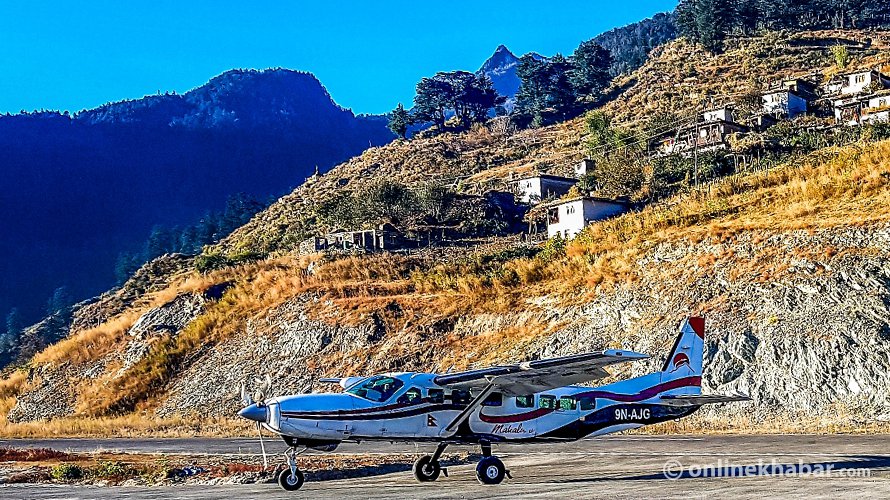 From there, we ascended along the rock-strewn trail and trekked further through a series of hemp farms until we reached Kageni. Relishing the views of waterfalls and lush vegetation, we made our way through the tropical forests to reach our overnight stop: Chhepka.

The next overnight stop from Chhepka was the Jharana Hotel which was around six hours away. Ascending through a forested path filled with big cedar trees, we climbed up through wide meadows situated above the gorge of Phoksundo River, from where we get a great view of a high waterfall and a faraway view of Phoksundo Lake.

The five-hour journey from Jharana Hotel to the lake descended steeply through forests filled with birch trees to the upper reaches of the Phoksundo Khola, from where we trekked through the shores of the lake. My dream of coming to the lake had come true. What I liked the most about the place was how the water changed colours. It was blue one time and light blue a little later. We also learned that the lake was 650 m deep and isn’t home to any aquatic animals.

Walking around the place, we also got to see a waterfall coming out of the lake. The Phoksundo Waterfall is believed to be Nepal’s biggest waterfall.

We also learned that the lake sees a lot of French tourists. The tourists generally stay at Rigmo Village, which has a few tea houses. However, the lodges haven’t been managed well, which has put a dent in the beauty of the lake.

The walking trail to the lake isn’t as great with lot of trees obstructing the way. Sometimes, it is quite narrow, which makes it quite difficult for tourists to walk. The mules use the same road which results in dirty trails and unhappy trekkers.

The people believe that enough has not been done to promote this area as a tourist destination. Lawmaker representing Dolpa, Satya Pahadi, shares that even though the place’s natural beauty is known to many, it hasn’t been getting enough tourists.

“This lake and the region’s natural beauty should be promoted by Nepal Tourism Board and its stakeholders. It needs to have sufficient infrastructure, which will make it easy for foreigners to come and enjoy the area,” she shares. She also informs that the road is what most people complain about. “Tourists have nowhere to go after they visit the lake. There are so many areas which lack trail in the area” she explains. Pahadi adds that a new committee should be formed for the conservation of both the area and the lake.

Dolpa is quite different, in geographical and cultural forms, from other districts in Nepal. It calls for a unique promotion strategy to develop the area to ensure that the tourists will have a value-for-money travel, demand stakeholders.