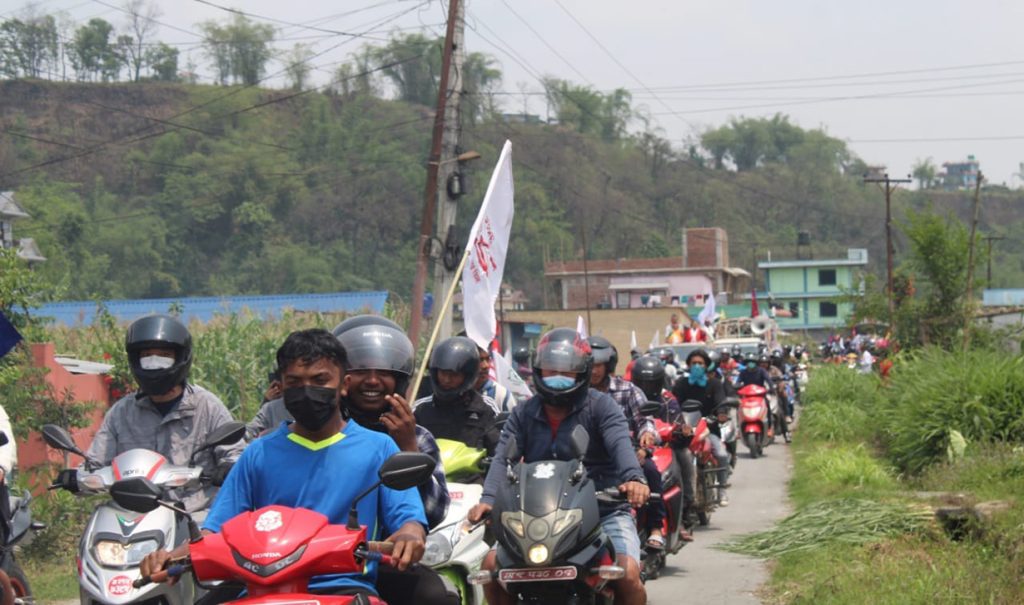 File: A motorcycle rally in the run-up to an election in Nepal

The local elections scheduled to be held later this week have resulted in excessive fuel overconsumption in Nepal.

As the country’s government-run fuel distribution monopoly, Nepal Oil Corporation (NOC), has been reporting huge losses in the fuel trade, the overconsumption is certain to increase the amounts of losses too.

The corporation says it has been selling petrol and diesel worth Rs 2.75 billion every day these days.

The corporation has also reported an increase in the consumption of aviation fuel also as airlines have been scheduling additional flights to meet the need for additional travel in the run-up to the elections.

The corporation had earlier estimated it would incur a loss of Rs 10.18 billion this month, but the fuel overconsumption might result in a sharp rise, according to Upadhyaya.