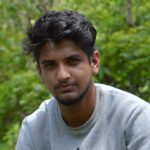 The entire world is fighting against the outbreak of Covid-19 pandemic, and Nepal is no more different. The outbreak has created a global health crisis on an unprecedented scale for the living generation. This crisis has highly affected all economies of the world.

Nepal country is in lockdown and the impacts of Covid-19 are being felt by all; but the most vulnerable in our societies are the poor, the elderly, and the disabled. These groups are suddenly dealing with the double burden as they attempt to feed their families and make a living while also trying to avoid getting affected by the virus. The situation is getting harsh in these communities. They have now begun to wonder what happens if another disaster (flood) strikes.

Generally, in Nepal, the monsoon starts in June and lasts until September. Being an agricultural country, the monsoon rain is an essential part of national life; it is significant for the purpose of farming. But, at present, with increasing climate impacts, the intensity, duration, and timing of the monsoon have been highly affected. Hence, it brings unpredictable consequences.

Floods are an annual affair in Nepal as the country receives more than 80 per cent of annual rainfall in a few months of the monsoon. Unplanned urban structures and many embankments constructed near Nepal-India border regions are some core causes of floods in Nepal. In 2019, the monsoon started in the third week of June, and the country received the heaviest rainfall of the decade a month later. It caused heavy floods in different parts of the country, mainly lowland villages in Province 1, 2, and 3. The 2019 floods temporarily displaced 68,666 people of almost 12,000 households. This data clearly shows how severe danger the communities will face when flood hazard preparedness is not done on time.

So, if the similar flood hazards were to occur in 2020, while all the attention remains focused on fighting Covid-19, what would this mean for the many Nepalis who are vulnerable to flood? The situation will surely get even more complicated.

Meanwhile, if the flooding occurs, restriction on movement due to Covid-19 could be deadly as community members usually move to safer areas for food, shelter, health service, and security. The usual response to the displacement of thousands of people affected by floods is providing temporary shelters in schools or community centres. Hence, the inability to practise social distancing in these places could be a major cause for more transmission of the virus which further could cause the emergency in the whole country. Also, the flooding could cause the rise of other waterborne diseases like diarrhoea. It will be misfortunate as the entire health service is focused on Covid-19.

So a proper plan is a must in order to fight multiple disasters at the same time.

Central, provincial and local authorities, primarily, must focus on understanding sectoral needs and guideline in response to the crisis. The Nepal Government must put a contingency plan in place to fight the disasters. The local government should focus on developing mechanisms such as a community disaster management committee, which generally involves the locals who have received the disaster risk management training. Also, the government should regularly coordinate with India in order to stop the unofficial construction of small embankments as they cause the blockage of flow resulting in a flood.

It is clear that the response activities this monsoon should maintain social distancing, the only way to fight Covid-19.

Dahal is a civil engineer.