A man has been arrested on the charge of murdering his own father and wife, in the Dhanusha district of southeastern Nepal, on Tuesday.

Bhageshwar Mandal (27), who had returned home from foreign employment around five months ago, is accused of killing 55-year-old Ram Briksha and 24-year-old Amiraka Devi, in Laliya, Mithila Bihari municipality-5 of the district, according to police.

The investigators say he killed both of them at around midnight yesterday and dug them underground inside a mango garden belonging to Ramkisun Mandal, a neighbour.

“Neighbours had informed us of the murder this morning,” DSP Jitendra Shrestha of the District Police Office says, “We then immediately arrested and inquired Bhageshwar, who confessed to the crime.”

Police also recovered the bodies of both victims.

Preliminary investigations suggest family disputes were immediate causes of the murders, but further investigation is underway. 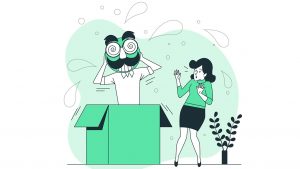