Devotees in large numbers have congregated at Devghat Dham near the confluence of the Kali Gandaki and Trishuli rivers. Devghat Dham is one of the major pilgrimage sites of the country.

There is a sea of people at Devghatdham since the morning today. Devotees from various places of the country as well as from India come here for observing the Maghe Sankranti festival. 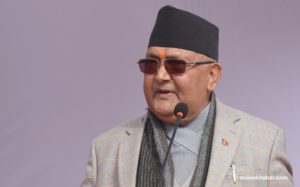