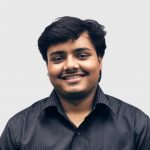 An 88-year-old woman waiting to be discharged from the National Trauma Centre after she recovered from Covid-19. Photo: Chandra Bahadur Ale

Formal institutional reforms, such as decentralisation and a transition to federalism, do not necessarily mean immediate or significant changes in the actors with political power or capital, the power of the government as a whole, or the power of interest groups to block reforms. However, the transition to federalism needs to have more, and different, effects on the decision-making mechanism. Decentralisation needs to increase the importance of organised opposition as the governments need to pay more attention to the communities that are under their jurisdiction. There is a need for working from both ways: national to local and local to national levels. This is possible only through massive inclusion, creative dialogue and interaction among all concerned units and stakeholders.

For this, relevant authorities should nurture policy dialogues among leaders of all sectors and levels. So, the policy process should be seen as a collective process for all Nepali people equally. The deconstruction of an elite-controlled, centralised and top-down policy process into the bottom-up approach to ensure multi-dimensional participation is a way of solution. It will help to generate the ownership of stakeholder in related policy that will be productive in accelerating the activeness and ensuring sustainability.

As Nepal transitioned to federalism with a new constitution in 2015, similar changes were expected in society. However, it did not happen effectively as the play of politics is seen during the Covid-19 pandemic and the decision-making regarding the pandemic control.

With respect to policy design and implementation, close attention needs to be paid to the body that will implement a policy rather than the body making a formal decision. During the first wave of the pandemic last year, the federal government’s decision-making and fund-flow mechanism, as a response to stop the spread of the virus, were highly centralised and based on hunches and swallow analyses.

The inefficiency on the part of the government was not, however, due to a lack of decision-making bodies. In fact, multiple committees had been formed at different levels to tackle the problem, starting from the federal level to the lowest rung of administration: the local government. However, the decision-making process had been riddled with problems since the very beginning. Ad-hoc decision making, unnecessary politicisation, overlapping roles and responsibilities, a lack of coordination, political influence and unnecessary creation of hierarchy complicated the flow of information.

The personality-driven decision-making process needs to be changed with collective voices and actions from civil societies, organised opposition and interest groups. There needs to be a structural transformation following relevant pathways such as but not limited to the alignment of political capital and the mandate and ownership of implementers, organised opposition, the political economy of issues, purpose, scope and limitations, public awareness and support and the impact on direct and indirect beneficiaries.

The focus can be better placed on where the government is actually committed and motivated to act upon a policy. A useful sign of deeper commitment and interest is whether a government is prepared to spend its own resources in response to the pandemic and delegate authority to an implementing organisation to put the policy into action. It would not be an exaggeration to say that the Nepal government has pervasively and glaringly mismanaged its pandemic response.  The government failed to prepare adequately for a second wave during the months when there was a letup in infections and transmissible variants that would spread more rapidly.

Willingness to devote its attention to the crisis still remains unclear. Effective state response to a pandemic of the magnitude of Covid-19 requires clear roles and responsibilities, coordination mechanisms, information channels and fiscal relations that allow for a contextualised response, and enables interventions that effectively respond to the immediate health and economic crises. Nepal clearly lacks many of these basic requirements.

Compounded divisions between CPN-UML and the Maoist Centre have added to the turmoil. Three years post-unification, different competing factions within the ruling party are still alive. Betrayal and counter betrayal continue to prevail. Party leadership got indulged in internal fissures and spent the time deadlocked in a power tussle resulting in ineffective governance practices.

Prime Minister Oli earned notoriety for misinformation, denial and nationalist campaigns to silence his waning popularity and credibility. Oli’s incompetent leadership is costing innocent lives as he continuously undermines the severity of Covid-19. In conjunction, the Oli administration prioritises political manoeuvres that aim to consolidate the prime minister’s power. Censorship of the media, controversial new ordinances, and parliament dissolution, to name a few, were his priority over Covid-19 relief efforts that benefit the general population.

These make it quite evident that political wrangling and infighting are to be blamed for the sharp turn for the worse in the pandemic. Such decision-making undermined democracy in favour of creeping authoritarianism and deepened divisions within the ruling party. Oli’s inability to thrive without nationalist rhetoric catalysed eventual calls for his losing the vote of confidence in the House of Representatives.

The result of politics is measured empirically in the realm of development where development is not only a purely economic phenomenon but also a multi-dimensional process of reorganising and reorienting an entire economic and social system that seeks the improvement of quality of all human lives in a protected ecology. The existing capital centred policy institution and one-way development policy process cannot be relevant in the federal system of Nepal. Proven poor governance track record, characterised by inadequate leadership, a divided ruling party, corruption and mishandling of funds by the government, and questionable governance practices by the prime minister not only put the population at a disadvantage in weathering the pandemic, but it also may deal additional blows to the country’s health and economic wellbeing.

Continued intra-party disputes and dismissal of the pandemic will lead to greater suffering and delay urgently needed measures to further weather the Covid-19 aftershocks. A change in leadership amid a crisis is not ideal for a country historically plagued by political instability, but fresh leadership and energy are necessary to mitigate the impending repercussions and reestablish effective governance that can adapt to new challenges such as Covid-19. Political reformation with strategic importance for drastic change may play the role of the game change in competitive response towards the Covid-19 catastrophe.

Dhital is a public policy and management Scholar and also a development practitioner.