Cloudy conditions will continue in most parts of the country for three more days due to the impact of the low-pressure system around Bihar of India and local winds.

According to meteorologist Manju Basi at the Department of Hydrology and Meteorology, the sky in most places of the country would remain generally cloudy while there is a possibility of light rainfall with lightning in some places.

Partly to generally cloudy conditions have been predicted in hilly areas of Province 1, Bagmati and Gandaki provinces as well as light rainfall with lightning and thunderstorm in a few places.

“The sky in hilly areas of Province 1 and Gandaki would remain partly to generally cloudy during the night and the rest of the places would see fair weather.” 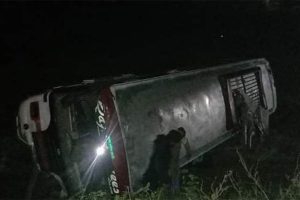