British mountaineer Kenton Cool on Sunday reached the top of Everest for the 16th time. Doing so, he became the first foreigner climber to summit Everest 16 times.

Cool, after climbing Everest last year, held the record for the most summits by a non-Nepali climber with American Dave Hahn. This year, he broke the record as he became the only foreigner to climb the highest mountain in the world 16 times.

Cool is one of the world’s leading high-altitude climbers. In his previous 15 trips up Everest, he has been a guide to other well-known mountaineers, including Sir Ranulph Fiennes and broadcaster Ben Fogle.

In 2013, Kenton Cool became the first person in history to complete the ‘Everest Triple Crown’, climbing the peaks of Everest, Nuptse and Lhotse in one continuous push from base camp. In 2007, he even pushed himself to the summit of Everest twice in one week.

He is also the first British guide to lead a client to the summit of K2, the world’s second-highest mountain.

The record for the most ascent of Everest is held by Nepali mountaineering legend, Kami Rita Sherpa, who has climbed the mountain 26 times. 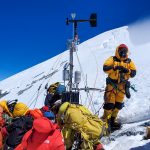 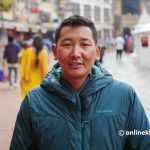 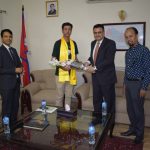