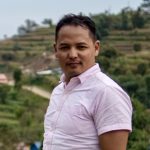 Apple is among the well-cultivated fruits in Nepal. In Nepal, apple farming reportedly began in 1937 by introducing improved saplings from Japan and Italy, but the initiative was unsuccessful. Later, commercial apple farming started in Marpha, Mustang, in 1966, establishing a horticulture farm with new varieties of apples. According to the Ministry of Agriculture and Livestock Development, apples are cultivated in 48 districts of Nepal.

However, the apples produced in Nepal are not able to fulfil the domestic demand. As a result, Nepal is importing them in big amounts from different countries such as China, India, and New Zealand every year. In the fiscal year 2018/19, the country imported 73,243 tons of apples worth Rs 4.94 billion.

Apples are a famous product of Karnali, the supposedly poorest province in Nepal. Apples produced in Jumla, Humla, Mugu, Dolpa, and Kalikot districts account for 41.2 per cent of the apples grown in the country. In the Fiscal Year 2013/14, Mustang and Manang contributed 4,172 tons of apple, which is 11.61 per cent of the total production. There is rampant poverty in the Karnali region, but the products of Karnali range from fruits to herbs and are not harvested properly, which could be means of economic earning for the people. And, it could be the catalyst for poverty reduction.

This can start with apple farming.

An agriculture perspective plan developed by the government has recognised apples as a high-value commodity. However, there has not been much progress in promoting apples at a significant level, although western regions of Nepal are identified as highly suitable for producing high-value crops like apples.

But, Nepali apples are in the market only during the harvest season because of the lack of storage facilities after harvest. Moreover, the apples of the Karnali region even do not reach the city at a competitive rate due to expensive transportation costs. As a result, juicy and fresh apples of the Himalayan region of Karnali are wasted and they are compelled to feed apples to livestock. Similarly, they sell apples at Rs 5 per piece to the local market whereas people in Kathmandu pay Rs 200 per kg, which will fit only around five pieces.

Apple farming was introduced in Karnali with the hope of increasing the cash income, but due to the lack of a proper transportation system, the plan did not materialise as expected. In the case of Humla, locals used to sell apples at Taklakot in Tibet until a few years back, but later, Chinese authorities prohibited fruits import, stating that they were not lab-tested. It has discouraged farmers from apple farming.

The people of Humla and Darchula districts can largely benefit from commercial apple farming if the government of Nepal facilitates solving the issue of lab testing with the Chinese authorities in the Taklakot market.

But, the government seems silent on this demand of the local people. Rather, the government is facilitating imports. Currently, the majority share of the apple market in Nepal is occupied by China. It is estimated that 300 tons of apples are imported every day from China via the Tatopani border during the Tihar festival.

We should now reconsider and rethink whether Nepal does not have the potential for apple farming or we are just ignoring it. A larger number of people from the Karnali region go to India for labour work every year although Karnali is the best altitude place for high-value crops including fruits, vegetables and herbs.

Even if we take the case of apples, we are importing a huge amount of apples every year, but we have not yet started to make transportation and cooling storage facilities to facilitate the promotion of apple farming in Nepal.

This must change. The sooner the better.

Lama is a researcher.