The government of Nepal has revised the annual budget that it is spending this fiscal year.

Owing to its weak spending capacity, the government slashed the budget by 5.3 per cent after its half-yearly review.

As per the budget announced in May last year, the government had to spend Rs 1.632 trillion this year. But, with the revision, it has set the annual spending target at Rs 1.546 trillion. The government has said that it will not be able to spend Rs 86.55 billion from the proposed budget.

The Finance Ministry has also set aside Rs 10 billion for the local elections scheduled to be held in May. But, there has been a demand of Rs 50 billion, says Finance Minister Janardan Sharma.

“We are looking at how to arrange the cash for the elections,” says Sharma. 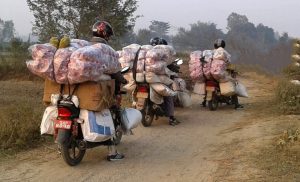