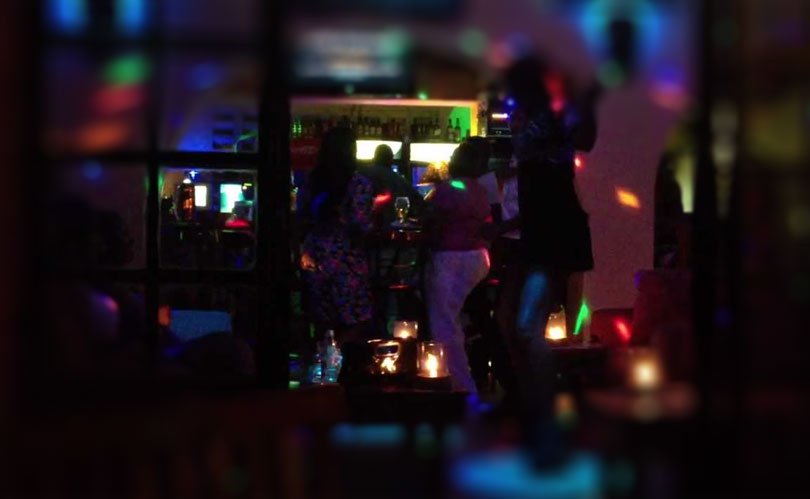 File: A dance bar in Kathmandu

The adult entertainment industry is flourishing in urban Nepal, where the sex trade is still illegal, in the form of dance bars, cabin restaurants, dohori (folk duet) clubs and small hotels. There are hundreds of adult entertainment workers in populated cities such as Kathmandu and Pokhara.

In the patriarchal Nepali society, the industry is generally targeted at men whereas most of the workers are women including some minors. The very nature of the industry and the patriarchal mindset among the clients push women workers in the industry to an inescapable circle of gender-based violence. Yet, because the industry is connected to sex by its nature, the issue gets little to no attention in the public debate, believe stakeholders.

However, to conclude the 16 Days of Activism against Gender-Based Violence, Onlinekhabar has a conversation with Tara Bhandari, one of the founders of Biswas Nepal, an organisation working for the rights of adult entertainment workers, about the vulnerability of these people in terms of gender-based violence.

What kinds of violence do adult entertainment workers face?

Working in the adult entertainment sector is full of risk and stigmatisation. In this sector, women entertainment workers are more vulnerable to labour exploitation, sexual, psychological and physical violence. Sexual abuse, poor and irregular pay, sexual harassment, deprivation of labour rights, and police harassment are very common in this sector. The workers are shamed by everyone.

The risk of internal and overseas trafficking and sexual coercion by customers are perennial problems for adult entertainment workers in Nepal. The customers and sometimes even owners tend to manipulate them, promising better job opportunities, ultimately trapping them into sex trafficking.

Adult entertainment workers cannot openly walk in society and live with dignity. Many of them have to lie about their work as society looks down upon them. Their work is not considered ‘decent’. Such social stigma attached to them has made their life hellish.

Though they are aware of such stigma, they choose to work in this sector owing to a lack of other alternatives. Most female adult entertainment workers come from very poor family backgrounds. Some are abandoned by their families, some by husbands. Likewise, some others are single mothers whereas some are survivors of child marriage. Because they are already helpless and unable to expose the vulnerability, they are at a greater risk of every sort of violence.

What do you think is the root cause of gender-based violence in the adult entertainment sector?

As per my observation, the main reason for the violence is a lack of monitoring from the government. Apparently, the adult entertainment sector in Nepal is not organised and systematic. Workers are not provided with contracts as well as salaries as mentioned by the Labour Act, 2017.

As the law has not been implemented, they are more prone to violence and less likely to access justice. Neither the employer asks for any documents from them before providing them with a job nor the workers are given any legal documents. They are recruited just on the basis of their appearance and the contract happens verbally. This tendency frees the owners from accountability towards the adult entertainment workers.

How does such violence impact the lives of adult entertainment workers?

Such violence has physical, psychological, financial and societal impacts on them. They are having to suffer from sexually transmitted diseases, unwanted pregnancy, isolation, depression and a lot. Some even choose to end their life. Many others are going through financial crises, family breakdowns among other problems.

But, what about their access to justice? Is justice accessible for them?

They rarely go to the police to file complaints against the abuse and exploitation they are facing. Most of them endure the violence, staying silent because they do not have any legal documents to support them.

However, there have been some positive changes in the response of the authorities due to advocacy. However, that is very minimal.

But, there happen very few discussions about violence against adult entertainment workers and their rights. Why is it so?

The adult entertainment industry and work are not considered decent in our society. They are not treated equally as people involved in other jobs. Instead, they are shamed. Therefore, nobody tends to listen to their voice and speak for them.

There are very few organisations like ours, working to ensure their labour rights, dignity and security. Yet, because very little has been done to implement Labour Act 2017 in this sector, there is not much talk about violence against women entertainment workers.

Hasn’t there been any work done to address this issue by the government and other stakeholders?

There is the new labour law. Also, the Supreme Court had issued a directive to formulate the law for the adult entertainment sector so as to protect women and girls working in this sector from sexual and economic exploitation.

Also, Biswas Nepal has been working with stakeholders and constantly advocating for ensuring the labour rights, dignity and safety of adult entertainment workers. There also have been sporadic monitoring at dance bars, clubs and hotels. Local governments are also working on developing monitoring directives.

Thanks to these efforts, some owners have provided identity cards and transportation facilities to workers. The practice of keeping girls below 18 years has declined drastically.

What remains to be done, then?

A specific law is needed to address the violence and problems faced by adult entertainment workers and regulate this industry systematically.  They should be accorded dignity and facilities like other workers. These workers should be provided with a salary mentioned in the Labour Act.

All the stakeholders should work together for this. There should be frequent monitoring on how this sector is operating, and how workers are recruited and treated by governments.

The local governments should be more responsible for this; they need to keep a record of everything.

Finally, awareness should be broadly provided to the public. 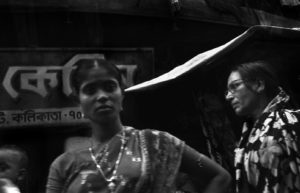 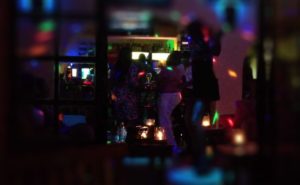