Road accidents in Sarlahi and Sapatari on Thursday have killed four people.

A bus (Na 5 Kha 4488) going from Dang to Kakarbhitta crashed in Hariwan municipality in Sarlahi at 4 am, killing two and injuring 17.

Raj Kumari Chaudhary, 36, and Rita Chaudhary 23, from rapti rural municipality of Dang, died in the accident. The injured have been taken to a local hospital for treatment.

Similarly, a bike (Province 2-01-001-PA 6146) crashed at Dak municipality in Saptari in the early hours of Thursday. Police say that the bike, carrying three people, lost control and crashed killing the rider and one pillion rider.

Sunil Kumar Chaudhary, who was the third guy on the bike, has injuries on his head and body. He has been taken to Rajbiraj for treatment. 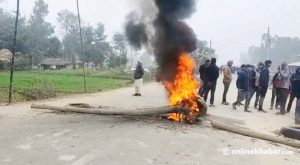 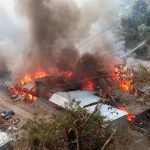