4 days on, Pathibhara forest fire yet to be controlled File: A forest fire near the Pathibhara temple in Taplejung, in December 2020.

A forest fire near the famous Pathibhara temple in Taplejung district of northeastern Nepal is yet to be controlled completely.

It has already been four days since the fire started. Authorities had poured water from a helicopter also to douse the fire, but it has not been much effective.

DSP Mahendra Shrestha, the District Police Office Chief, says the revered temple and the path to it, however, are safe so far.

“Our team is still mobilised in the mission, but there are some problems in controlling the fire,” he says. Whenever the wind blows upward from the foothill, the fire spreads upward too, according to him. 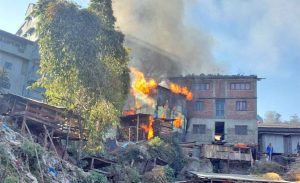 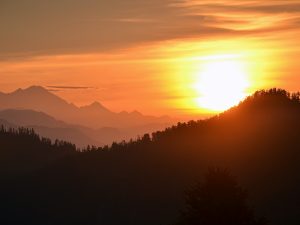 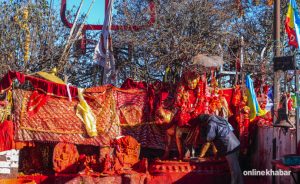