A girl was murdered in Barahakshetra of Sunsari after she reportedly resisted an attempted rape, on Friday, September 25, 2020.

A 12-year-old girl has been found murdered in Katahare, Barahakshetra municipality-1 of Sunsari, recently. Police have suspected she was killed after she resisted an attempted rape.

Investigators say a man in her neighbourhood tried to rape her on Friday night when the victim’s parents were next door. There was a cultural ritual at a neighbour’s and the alleged victim had also gone there. However, later, she had returned home alone to sleep.

Taking advantage of the situation, a local man named Ranjit Rai entered her room via a window and committed the crime under the influence of home-brewed alcohol, according to police.

An investigating official says, “But, the girl bit Rai’s hand when he attempted the rape. In retaliation, he threw a bottle on her head before strangulating her. He left the room only after she was dead.”

Eight persons were arrested in connection with the case. After a preliminary investigation, police, however, have released seven others, informs SP Kamal Thapa of Sunsari District Police Office. 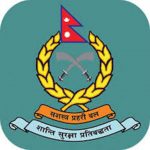