The government has introduced a new rule, according to which appropriate underpasses or overpasses need to be built along roads passing through major forest areas so that the wildlife can cross the road safely.

The same rule shall be applied to the construction of railways, canals, dams, gas and oil pipelines, hydropower structures and electricity transmission lines.

The rule also specifies procedures and technical details for the construction of such structures.

The new wildlife-friendly infrastructure construction guideline comes in response to several incidents that killed wild animals on the road sections near national parks.

Conservationists and experts had been demanding such a law for the last few years. 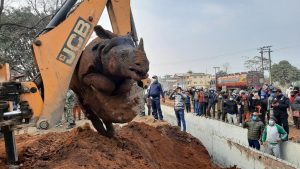 Faulty road infrastructures cause most wildlife deaths in Nepal