The United Nations Office in Nepal and nine other Kathmandu-based foreign diplomatic missions have called on the government to take the country’s transitional justice process forward, keeping the needs of the victims at its heart.

The statement comes few weeks before the current term of  the Truth and Reconciliation Commission and the Commission for the Investigation of Enforced Disappeared Persons is set to end. Media reports have said that the government is preparing to replace them with a political body, which could give amnesty to the culprit of conflict era cases.

But, the western powers have said, “We are united in the view that without broad public trust in the process, Nepal will not be able to bring closure to the wounds and grievances that persist from the conflict era, nor be able to complete the peace process.”

“To achieve this, we encourage the government to engage in broad-based, meaningful consultation with conflict victims, civil society and wider stakeholders that allows space and time to discuss and address issues raised before action is taken and helps shape a course of further action that reflects the will of the people.”

Maintaining that they support a Nepali-designed, Nepali-led process that is consistent with the 2007 and 2015 judgements of Nepal’s Supreme Court and the country’s obligations under international law, they have said, “Supporting Nepal in establishing a credible transitional justice process and ensuring the stability and prosperity of Nepal remain priorities for the international community.” 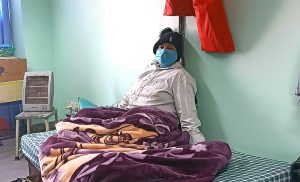