Transparency International’s claim about increase in corruption in Nepal is prejudiced: Govt The government of Nepal says a recent report of the international anti-corruption organisation, Transparency International, that claimed 58 per cent of the country’s population think corruption is increasing in Nepal is politically prejudiced.

Speaking in a press briefing on Sunday afternoon, the government spokesperson, Communications Minister Parbat Gurung, said the government, hence, would not accept the report.

Gurung said the organisation deliberately selected the samples among the people who disliked the government.

Earlier last week, the report of the Global Corruption Barometer: Asia 2020 had claimed the mark is the highest among the 17 countries surveyed.

But, Gurung stated the survey was conducted among just 1,000 people only via telephone, hence its credibility is under question.

He further claimed the organisation’s Nepal chapter chief is associated with the main opposition Nepali Congress party, adding the report intends to tarnish the government’s image. 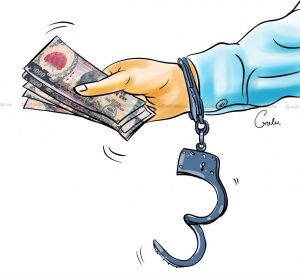 58% of Nepalis think corruption is increasing in the country