Nepal ranks at the 148th position among 244 countries where is Netflix is available, on the basis of the availability of content to stream on the video streaming site. This data emerged from a new online database called the Unofficial Netflix Online Global Search, which lists all titles available on Netflix and filters it by availability by location.

A total of 747 titles are available in Nepal, 213 of which are television series with multiple episodes with the remaining 534 titles being full-length movies. The figure does not differ much when compared to other regions of the subcontinent with India ranking at 140th position with a total of 774 titles while Bangladesh, Pakistan and Sri Lanka ranking at 147th, 156th and 157th respectively, with 700 odd titles available to stream in each of the region.

This figure is a sharp contrast to the nearly 6,000 titles available for streaming in the USA. This divide is mainly attributed by local licensing terms between studios and copyright holder of content and tv networks. Most television series which are not available for streaming in the region like House of Cards, Sherlock and Modern Family among others have already licensed contents to regional networks like Zee and STAR. However, the catalogue available to the region does include Orange is the new black, Jessica Jones, Sense8 and other Netflix original series.

A quick search of the database also reveals other interesting facts on Netflix and how it handles its content licensing. A total of 43 movies from IMDB’s top 250 movies list are available to stream in Nepal, a number surprisingly more than the 27 titles available for streaming in the USA from the list. The French territory of Martinique has the most number of movies to stream from IMDB’s user-generated list with a total of 109 titles out of the 250 available to stream. Martinique also ranks 2nd on the global rankings just below USA at the top position with 4587 titles available to stream. With a measly 277 titles, French Southern Territories ranks last in the list.

Subscribers can however unlock content locked by Netflix by using VPN (Virtual Private Network) which alters the user’s IP address used to identify their location. But with recent reports of the video streaming site on the offensive to block VPN users from its site, the usage of VPN is likely to stop.

“The basic solution is for Netflix to get global and have its content be the same all around the world so there’s no incentive to [use a VPN],” The Independent UK quoted Netflix CEO Reed Hastings as saying. “Then we can work on the more important part which is piracy.”

Netflix was launched in Nepal earlier in January together with 129 countries worldwide. 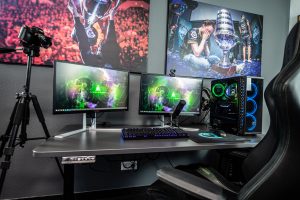 11 best games every Nepali streamer should try in 2022 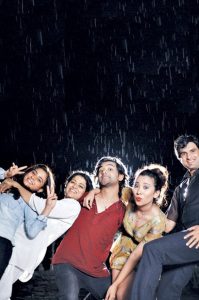 ‘P.S. Zindagi’ Season I review: For the first time