Thank this man for the bread on your table

For anyone living in Kathmandu in the 50s, Krishna Pauroti was synonymous with ‘pauroti’ (bread).

Established in 1949, when the now ubiquitous white bread was a novelty, the bakery is an institution, with three generations of Rajkarnikars keeping its legacy well and alive, even today.

Founded by Krishna Bahadur Rajkarnikar, the bakery introduced Nepalis to bread at a time when there was none, and its tale runs parallely with the history of democracy in the country.

The Rajkarnikar family has always been involved in catering. Haluwa, jalebi and swari were their speciality; even Janga Bahadur Rana knew this.

Gajraj was the first of the Rajkarnikars who worked for the Ranas during the one-family rule. After his death, Hiraman, his eldest son also continued the business.

After the demise of Hiraman, Krishna Bahadur continued the work at Bir Shumsher’s Laal Durbar.

Fate works in mysterious ways. It was fate that led Krishna Bahadur Rajkarnikar to Calcutta, where he had been introduced to the craft of breadmaking. Juddha Shumsher, for whom Krishna had been working, had decided to evict ‘Class C’ Ranas form the administration, resulting in the expulsion of Indu Shumsher. Indu was made the ‘Bada Hakim’, and was transferred to Ilam and Krishna accompanied him.

But after being duped by Indu Shumsher, the loyal Krishna Bahadur was heartbroken. Indu had taken Krishna along with him in the false pretext that he would grant 50 bigha worth of land to Krishna acknowledging his loyalty. But when the land was gifted to Tapendra Bahadur Shah, Shumsher’s son-in-law, Krishna left Indu altogether and went to Calcutta.

It was 1946, and Calcutta was a burgeoning city still under the British rule. The Britishers had brought along with them their hunger for tea and confectioneries.

Krishna Bahadur Rajkarnikar came back home in 1948 with a renewed spirit. The times were changing and the ruling Ranas had became more flexible, loosening their stronghold in the country’s administration.

The city had countless bakeries producing quality delicacies, but access was limited only to those who could afford it. Krishna Bahadur started working at one such bakery in the city. There, he learnt first-hand the workings of a bakery and all tricks of trade.

More than that, the young Krishna learnt to be enterprising, a quality loathed by the ruling Ranas back home.

He came back home in 1948 with a renewed spirit. The times were changing and the ruling Ranas had became more flexible, loosening their stronghold in the country’s administration. Padma Shumsher Rana, the then prime minister introduced the first Constitution in Nepal’s history in the same year, a history which was till then written by kings and their descendants of various dynasties.

But he waited a year to open up the now famous bakery and set aside a portion of the space at his residence in Kamal Pokhari for manufacturing the bread.

Since key ingredients like yeast were not available in Nepal, he devised a concoction of herbs that would replace yeast altogether. The bottled concoction looked like home-brewed alcohol, leading religious Brahmins to spread the rumour that the bread were made with alcohol.

Instead of being deterred by the negative publicity, Krishna Bahadur put up a sign outside his shop saying ‘Pure and fresh bread’ and started selling tea along with the breads. His shop was frequented by BP Koirala where he would delve on politics while drinking tea and eating confectionaries.

In 1958, 10 years after the first loaf was baked in that tiny space at Kamal Pokhari, a something big happened at Krishna Pauroti.

During the 10 years since its inception, the bakery had witnessed massive growth with demand often outstripping availability. In 1951, the whole country itself saw a massive change, and democracy made this change visible.

Enterprising individuals like Krishna Bahadur were at more liberty than ever before. The air in the city was different with many others opening up business to cater to the rising urban population of that time.

Krishna Bahadur realised that the time was just right for the expansion of the business. Industrial scale oven and machineries were ordered from Britain.

During the 10 years since its inception, the bakery had witnessed massive growth. In 1951, the whole country itself saw a massive change, and democracy made this change visible.

Unfortunately, before the machineries made it to Kathmandu, Krishna Bahadur Rajkarnikar was met with his demise. His four sons took over the business paving way for a modern bakery that we see today.

The sons expanded the business further by borrowing in Rs. 20 lakhs from Nepal Industrial Development Corporation, a major portion of which was spent in importing the machineries.

Krishna Pauroti was the only bakery producing bread at that time selling more than 30-35,000 loaves daily. But soon after, other similar bakeries started opening up. 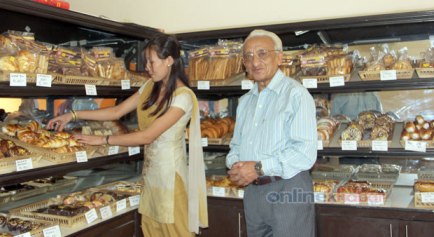 More than half-a-decade after its inception, the bakery is now run by Krishna Bahadur’s grand daughters, after being run by son Ghana Shyam Rajkarnikar.

The bakery now faces similar problems faced by many mid-sized industries in the country. It faces stiff competition from countless bakeries. Modernisation of the ageing equipment is also a problem.

Even then, the brand still enjoys popularity among the populace in the face of its familiarity. “ Many bakeries have offered to licence the brand but we are not allowing it,” says Ghana Shyam Rajkarnikar. “Even though the sales may not be as strong as in the heydays,” he further adds, “we still do not compromise in the quality.” 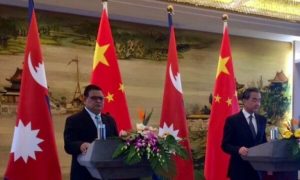