Lord of Drinks in Kathmandu has seen a lot of shows since it started out. But, rarely has it seen a show like Sushant KC’s in March 2021. The packed club was swaying to KC’s song, singing along with him the entire time he was on stage. It was intimate, loud and memorable. The show, in a millennial term, was lit.

“It was a fun show. I was playing with a band for the first time and, to lift the mood, also did a few songs with a DJ. I think that was one of the best nights of my career,” says KC.

Sushant KC, who started his music career in 2016, has come a long way. Producing hits after hits, he has become a fan favourite amongst the urban crowd. Now, the 24-year-old songwriter and singer wants to instigate the growth of the music industry in Nepal with music that is trending globally.

“I want to experiment with different things,” he says.

Sushant KC picked up music from an early age. He loved playing the guitar and singing songs that he found catchy. He says he did not really listen to many songs growing up but was always drawn by unique tunes.

But, around the time he was in the tenth standard, he was hooked. He would be home, playing songs on his guitar. One day, his mother, having seen his passion for singing, asked him to go record a song. KC, however, was not sure. He liked singing but never thought that he would be any good. But when his uncle introduced him to a lyricist and a music producer, he gave it a go.

“I selected a few lyrics and went to Rahul Pradhan, a music producer, and sang it. But, I didn’t release these songs because they didn’t feel like my own,” he says, “I was just giving my voice, nothing more.”

He let that go and focused on his A-Levels, but his passion for music was still there. He would still sit and sing at home, this time, his own songs. Seeing that, his mother gave him another push and asked him to go record it.

“She then said those were my own songs, I should record them. Then, I went back to Rahul Pradhan to record them.”

He recorded five songs with Pradhan in 2016 and uploaded them on his YouTube channel. Although he learnt a lot from him, he says it still was not the type of music that he wanted to do.

“I think Ama was my style, but the others were far for it. But, it was a good learning experience.”

Soon after that album, he left for Australia to pursue a degree in business studies where he continued composing songs. He believed in his ability and knew that if he kept producing songs, he would make it. After two years in Australia, he came to Nepal for a brief period and met Pradhan again to record his single Maya Ma.

“Maya Ma was the first song that was what I wanted. It had everything that I wanted in my song.”

He made a DIY video with the help of his friends, released it and left for Australia again to complete his studies.

KC had uploaded these songs with zero subscribers on his YouTube, but it slowly grew. His first million-view song was Ama followed by Maya Ma. The success of these two songs motivated him to produce even more songs.

“I was so excited by the success of these two songs that I went back and started working on Muskuraera.”

As soon as he got back, his friends asked him to set up a home studio. He was unsure at first, but soon bought the setup and was producing songs himself. At his newly set up studio, he recorded Muskuraera, asked a friend to make a lyric video and uploaded it. The day he uploaded Muskuraera, he wrote Sataera, recorded the song in a few days and uploaded it.

“I was slowly gaining a fan base as people were enjoying my songs. That motivated me a lot to do more.”

From management to music

But, then he reached a crossroads. He was in Australia to study business studies, but his heart was set on doing music. He had got so deep into it, he considered quitting but not wanting to let his parents down, he decided to finish what he had started.

“They would have let me study music in 2016 itself, but I wasn’t sure back then. By late 2018, I knew what I wanted and my parents understood that. But, I also knew that they wanted me to get this degree before I did anything else.”

“I was making enough money from YouTube royalties that people were making in a month working in Australia. I’m quite thankful for that.”

“My father sent me a link to the Berklee College of Music and asked me to apply. I was sceptical, but not wanting to let, him down, I applied pretty last minute and thankfully got in.”

He has been attending online classes currently as he says that it has been an invaluable experience learning about structures of music, developing artistry and the importance of a team. He now wants to use what he learns there and create fresh and new music and even go international if he can.

“This is my first formal music education and I’ve loved it so far. I can’t wait for people to hear what I come up with next because I want to try a lot of new things. I’ll go there for the final year as I hope I can.”

Aspirations for the industry

KC says that along with studying, he is also composing new songs. He wants to try his hand at melodic rap and produce songs that are fresh.

“I’ve tried doing that with songs like Kheladi and Fakauna, and a niche fan base has liked them, but most of my fans still want me to do songs like Maya Ma and Muskuraera. I’m going to give them a taste of both in the album that I’m working on, but I want it to be new.”

He says while he just wanted to put his music out there in the past, now he wants to develop the industry in Nepal, do new things, try new things, both composing and live and create a better place for musicians in the country.

“People don’t value art here in Nepal. They take us for granted and don’t support us when we want to do new things. Hopefully, in the next few years, things change here.” 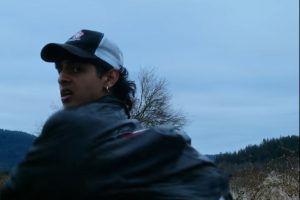 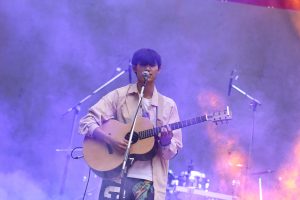