Police have arrested a woman accusing her of breaking a Malla-era stone inscription at Kathmandu Durbar Square, a UNESCO World Heritage site at the centre of Kathmandu, on December 30, 2021.

Malla informs police arrested the woman after going through CCTV footage. In her statement with the investigators, she has confessed to the vandalism.

Sandeep Khanal, the chief of the Hanumandhoka Durbar Herchah Adda under the Ministry of Culture and Tourism, says the inscription was placed there during the reign of Pratap Malla in the late 1640s.

Works are underway to preserve the broken inscription, says Khanal. 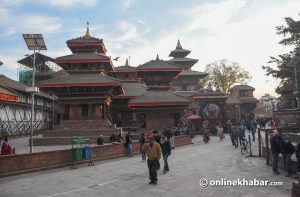 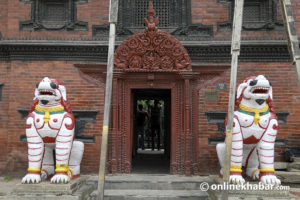 Heritage Walk I: Exploring stories behind lost and forbidden gods of Kathmandu