File: Kathmandu Durbar Square can be your key destination during the Nepal travel.

Laura came to Nepal for the mountains but instantly fell in love with Kathmandu. Even amidst the chaos that Kathmandu is in every day, Laura found her little haven in the city – the Basantapur Durbar Square, one of the key heritage sites in Nepal’s capital.

At first, she felt that she needed to pay just once to enter the UNESCO World Heritage site, but when she went to the gate with her ticket the next day, she was asked to buy the other one. “I paid USD 10 just the other day and they asked me to pay again. I know we’re tourists, but you can’t be charging us to enter the main part of the city every day,” says Laura.

For Alice, who came to Nepal from France, things were even more expensive. Alice went to Bhaktapur as she had heard a lot about the city. When she approached the gates of the durbar square, she was asked to pay USD 15 to get in. Her Chinese friend only had to pay Rs 500.

“It makes no sense to do that, either charge everyone the same or don’t charge money at all,” she says.

That is the complaint of almost every tourist that visits many heritage sites in the Kathmandu valley. While fees for areas like Swyambhunath, Bouddhanath, Lumbini and the Changunarayan temple are not much, the cost to enter the durbar squares where the kings once lived has irked a lot of tourists over the course of the past decade. The discontent voices of tourists say that a change is needed. But authorities believe that as these heritage sites offer people a peek at the country’s intangible heritage, the fees are justified.

Most of the foreign tourists that come to Nepal visit the three squares in the Kathmandu valley. They go there for the classic monuments that are as old as the 16th century and to witness the lifestyle of the people. Almost all of the tourists find charm in these heritage sites that are unlike anywhere in the world.

But post-earthquake, things have changed. Between 2015 and 2021, all of these sites were under construction as most of these temples were either covered in scaffoldings or a steel gate. And, going into these places by paying USD10 and USD15 was not worth it to many.

The fee for SAARC residents is not that high though as they only pay Rs 150.

“That is something that we do to make things easy for everyone. Nepalis who go to heritage sites in India also pay less compared to a tourist,” he says.

A ticketing officer at the Basantpur Durbar Square says he is aware of the discontent shown by the tourists, but he can do nothing about it as it is set by the local government.

“We have had complaints because many feel that it is unfair to pay to get into something that is a part of the city, but they should remember that this is a world heritage site. Buildings here are over 200 years old, they need to realise that,” says the officer, adding it is mostly the backpackers who complain about the fees.

“They tell us they want to cross to the other side, but if they want to enter the site, they have to pay. If not, they can take the longer route,” says the officer.

Foreign tourists have other complaints too.

“I wouldn’t have minded if this money was being to construct this. But when I asked the people at Basantapur where the money was going, they didn’t answer,” says Laura.

But the local governments say the funds generated from the tourists visiting heritage sites mostly goes into conserving the tangible and intangible heritage. An official at the Kathmandu metropolitan city’s counter at Basantapur says while 30 per cent of the fee goes to Hanuman Dhoka Herchaha Adda, the remaining is used by the local government to conduct the different festivals in the city along with using it for restoration.

“Maybe these people don’t know, but we do use this to conduct festivals like Indra Jatra, the Ajima Jatra and various other festivals that are part of the city’s intangible heritage,” he says.

Rukesh Twanabasu, an officer at Bhaktapur Municipality Heritage Section, says the fee the city has set is the right one as tourists do not just get to see heritage sites but also be part of the intangible heritage in these areas.

“They get to see pottery, painting and everyday life here in Bhaktapur. I think people need to realise that before complaining. The same is the case in Patan or Basantapur; these people get to see something they can never see anywhere in the world and I think they need to be a bit considerate,” says Twanbasu.

He also adds that the reason they have a different fee for Indians and Chinese is the two are Nepal’s closest neighbours and adds they contribute more to the country’s tourism.

Grievances on the ground

But, when you look at the number of tourists that come into the country and those that visit these areas, you can see where the problem lies about the fee issue. In 2019, Nepal recorded over 1 million arrivals, the most number of tourists it ever has,  but the number of people getting into heritage sites was quite low. In 2019, Patan Durbar Square saw around 160,000 tourists entering the palace premises while around 250,000 entered Bhaktapur.

While these numbers are quite good, the locals expect a lot more tourists to come. Prakash Prajapati who makes earthen pots in Bhaktapur Pottery Square says while the fee is good for the city, it would be good for business if they lowered the fee to get more tourists in.

“I think we need to talk about this because Covid-19 has broken our back and we need more and more tourists coming into the heritage sites so that they can enter shops like mine and buy things from here,” says Prajapati.

A street vendor at Basantpur Durbar Square is also on the same page. Bijaya Lama, who sells antiquities at the square, says that maybe it is about time the local governments experimented with lowering the fees of heritage site entrance to see if things would be better for all the shops and vendors around the place.

Laura also feels the same. She says that if the fees were below Rs 500, a lot of tourists would pick up more souvenirs. She says a lot of expatriates refrain from picking up anything from heritage sites there because they have to pay more for everything. From getting to these heritage zones to paying for cable car rides, they are charged more everywhere they go.

“Maybe it was time Nepal considered this because if you go abroad, things like these do not happen,” says Laura. 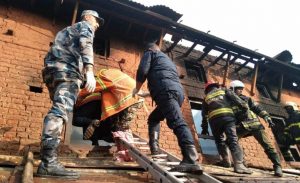 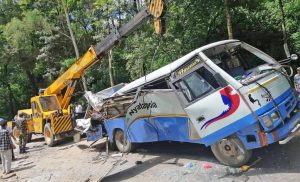