Two persons died after a tipper fell off the road in Bhume rural municipality of the Rukum East district in Lumbini on Thursday.

Seriously injured in the accident, both died during treatment at the Rukum East Hospital.

Meanwhile, the other two persons sustained injuries in the accident and they are undergoing treatment at the same health facility.

Police Inspector Deependra Baniya says the tipper (Ba 2 Ka 7018) had fallen off the road at Jhingetar as it was unloading stones. In the process, it had crushed the workers involved in the Dhaune-Baluwa-Deukhola road project.

Police have arrested the tipper driver Santosh Majhi (32), a resident of Dolakha, for further investigation. 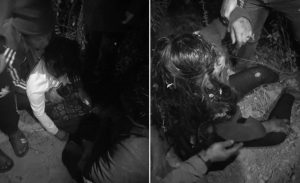 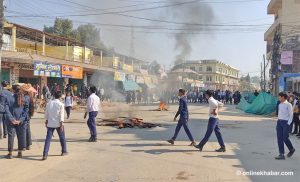