Rastriya Prajatantra Party has decided to field actor Rekha Thapa as its candidate for Deputy Mayor of Kathmandu in the upcoming May 14 civic elections.

RPP’s Kathmandu District Executive Committee decided to propose Thapa’s candidacy, said Nawraj Sinkhada of the committee. The party has decided to name Rajaram Shretha as its candidate for Mayor.

“Thapa has said she will discuss the proposal with party leadrers,” said party spokesperson Mohan Shrestha. He said that the party’s central leadership will have a final say on the canidates.

Whoile Shrestha contested the second CA elections from Kathmandu-5, Thapa joined the party recently, and was elected to its central committee. 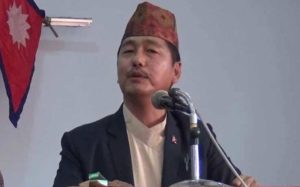