The pinnacle of Balgopaleshwar temple at the centre of Ranipokhari is being reinserted after the reconstruction, in Kathmandu, on Thursday, October 1, 2020.

Concerned government officials and locals inserted the pinnacle (gajur) of the temple on Thursday morning.

Whereas the temple was in the Gumbaz style before the earthquake, the reconstruction has adopted the Granthakut (Shikhar) style after archaeologists concluded that the temple’s original style was Granthakut.

Now, the government plans to leave some fish there in the pond before inaugurating the reconstructed pond. 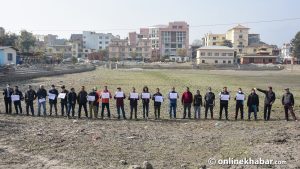 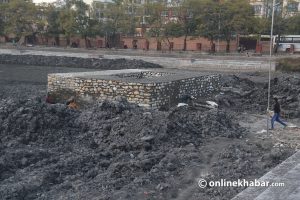